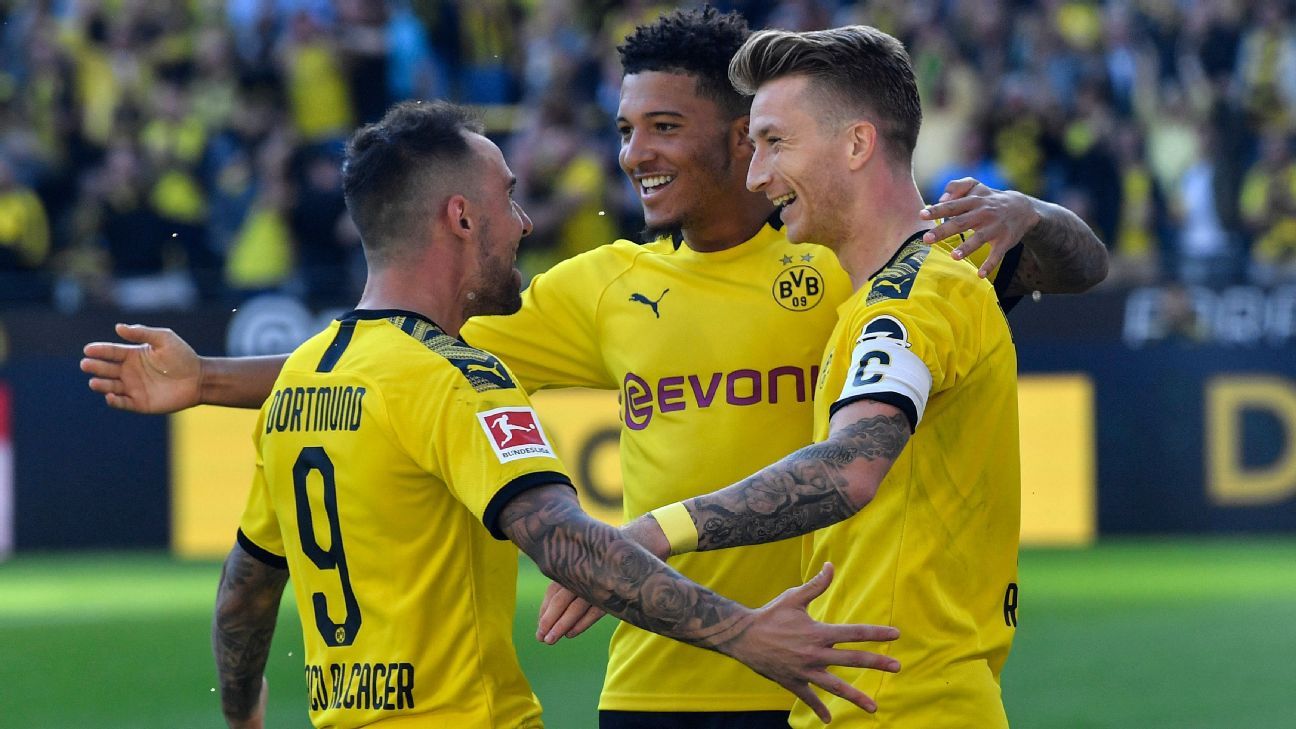 Borussia Dortmund overpowered Bayer Leverkusen 4-0 on Saturday with two goals from captain Marco Reus to go back into top spot in the Bundesliga on nine points from four matches.

In a perfect dress rehearsal for next week’s Champions League opener at home to Barcelona, the Spanish side’s former player Paco Alcacer volleyed in his fifth goal of the campaign in the 28th minute. The Spaniard has now scored in every competitive game for both club and country this season.

– Champions League group stage: All you need to know

Reus struck five minutes after the restart with Jadon Sancho cutting back into the box and Alcacer faking a shot but letting the ball through his legs for the Dortmund captain to fire in.

In a similar move Leverkusen goalkeeper Lukas Hradecky palmed a Sancho cross into the path of Portuguese Raphael Guerreiro who had no trouble tapping in the third goal after 83 minutes before Reus completed the win in the 90th.