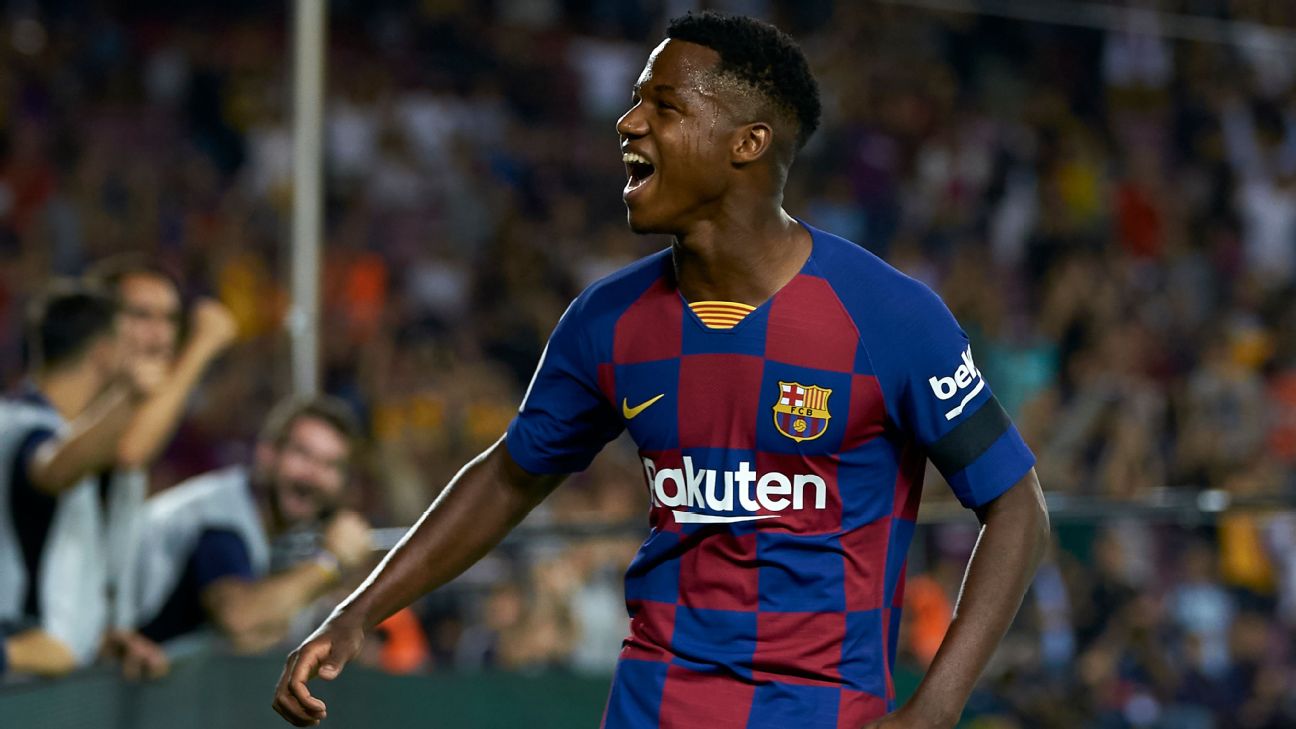 The Royal Spanish Football Federation [RFEF] have confirmed to ESPN FC that they are pursuing the necessary paperwork in order for Barcelona forward Ansu Fati to play for Spain.

Ansu, 16, is also eligible to represent Guinea-Bissau and Portugal at international level, but Spain are hopeful he will commit his future to La Roja ahead of the U17 World Cup in Brazil next month.

“If the documents are completed in time, Ansu would be available for selection for the upcoming World Cup if selected by national team coach David Gordo,” a spokesman for the RFEF told ESPN FC.

Ansu moved to Spain when he was six — initially to Sevilla before relocating to Barcelona when he was nine — so qualifies to play for the country as he has now spent 10 years living there.

The teenager does not have a Spanish passport yet but the RFEF are pressing ahead with the paperwork to ensure he obtains one in time for the World Cup. A similar process was followed when Diego Costa switched from Brazil to Spain in 2014.

Spain’s first game in the U17 World Cup is on Oct. 28, but with the tournament taking place in South America, they would have to travel before then. The final takes place on Nov. 17.

Therefore, Ansu could miss league games against Eibar, Real Madrid, Real Valladolid, Levante and Celta Vigo if Spain were to progress in the tournament. He would also miss two Champions League games, both against Slavia Prague.

The teenager has been one of the stars of Barca’s season so far. He made his senior debut off the bench against Real Betis last month, becoming the second-youngest player to ever play for the club in La Liga and the youngest since Vicenc Martinez in 1941.

A week later, he became the youngest league goalscorer in Barca’s history when he netted as a second-half substitute against Osasuna.

He was rewarded with his first start on Saturday in the 5-2 win against Valencia. He opened the scoring after just 111 seconds and set up Frenkie de Jong to double Barca’s lead within six minutes.