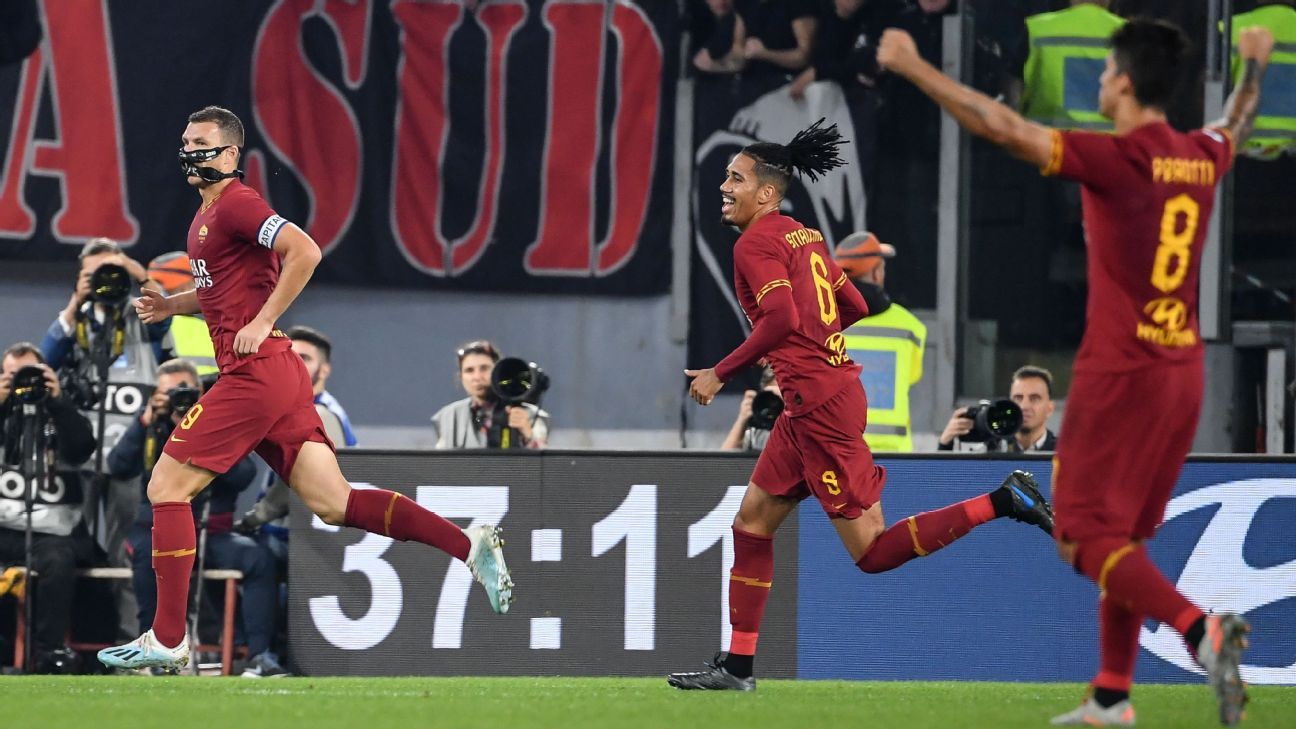 AS Roma moved into fifth place in Serie A with a 2-1 win over AC Milan at the Stadio Olimpico on Sunday to continue the visitors’ crisis.

Edin Dzeko headed the hosts in front in the first half before Theo Hernandez drew Milan level after the break.

Nicolo Zaniolo struck the winner after 59 minutes to send Roma above Cagliari into fifth on 16 points, one behind Napoli in the fourth and final Champions League spot.

Stefano Pioli has picked up one point from his first two games since succeeding the sacked Marco Giampaolo as Milan coach and his side are 12th with 10 points, having won just one of their last six games.