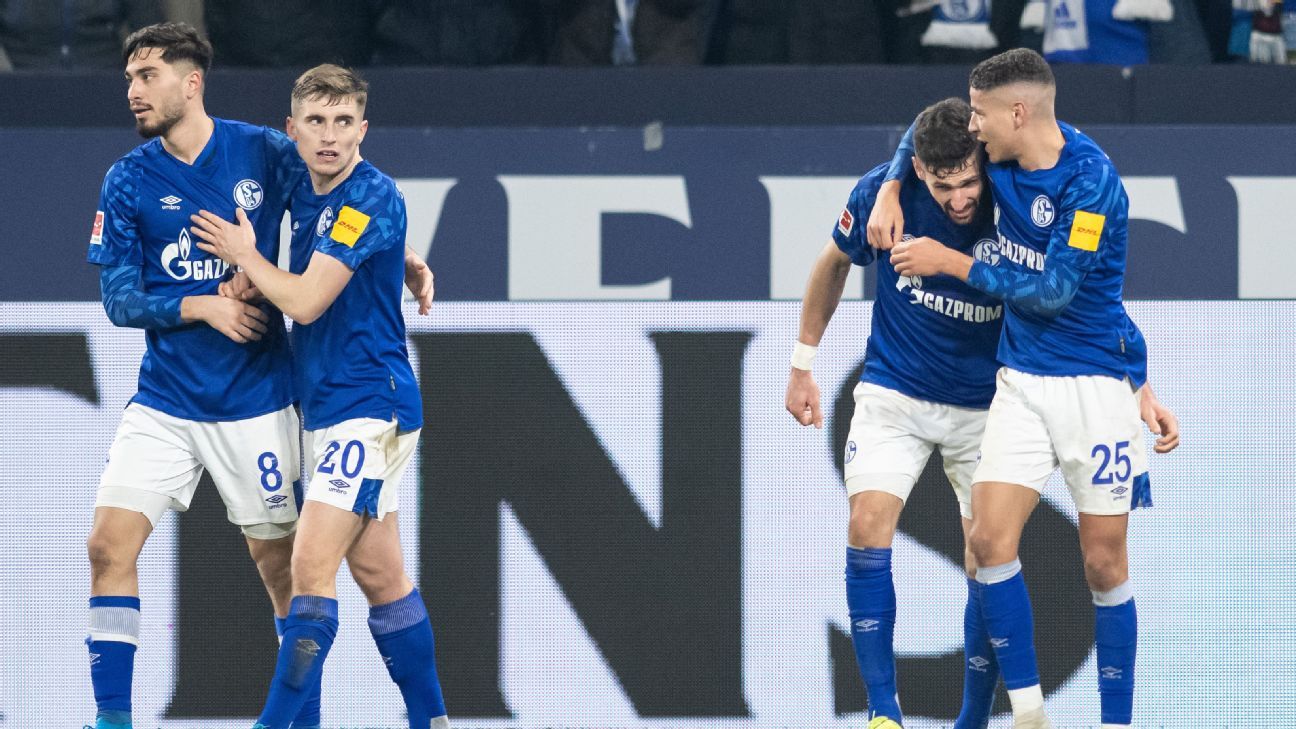 Schalke 04’s Suat Serdar scored an 86th-minute winner as the Royal Blues beat Union Berlin 2-1 on Friday to provisionally climb into second place in the Bundesliga.

Serdar’s curled low shot gave the hosts a deserved win after they dominated the second half as gutsy Union ran out of gas.

Schalke are level on 25 points with leaders Borussia Monchengladbach who welcome Freiburg on Sunday. Champions Bayern Munich, a point behind, host Bayer Leverkusen on Saturday.

Schalke took the lead with a powerful Benito Raman strike in the 23rd but the in-form Berliners had a string of good chances before levelling with a Marcus Ingvartsen penalty 13 minutes later.

Schalke keeper Alexander Nuebel came to the rescue on several occasions as the visitors looked to make it four wins in a row as they produced a strong first half performance.

After the break Schalke managed to keep Union at bay while controlling the pace and finding more space.

Union keeper Rafal Gikiewicz kept his team in the game and repeatedly denied Serdar and Amine Harit but he could do nothing to stop the former’s shot going in four minutes from the end.