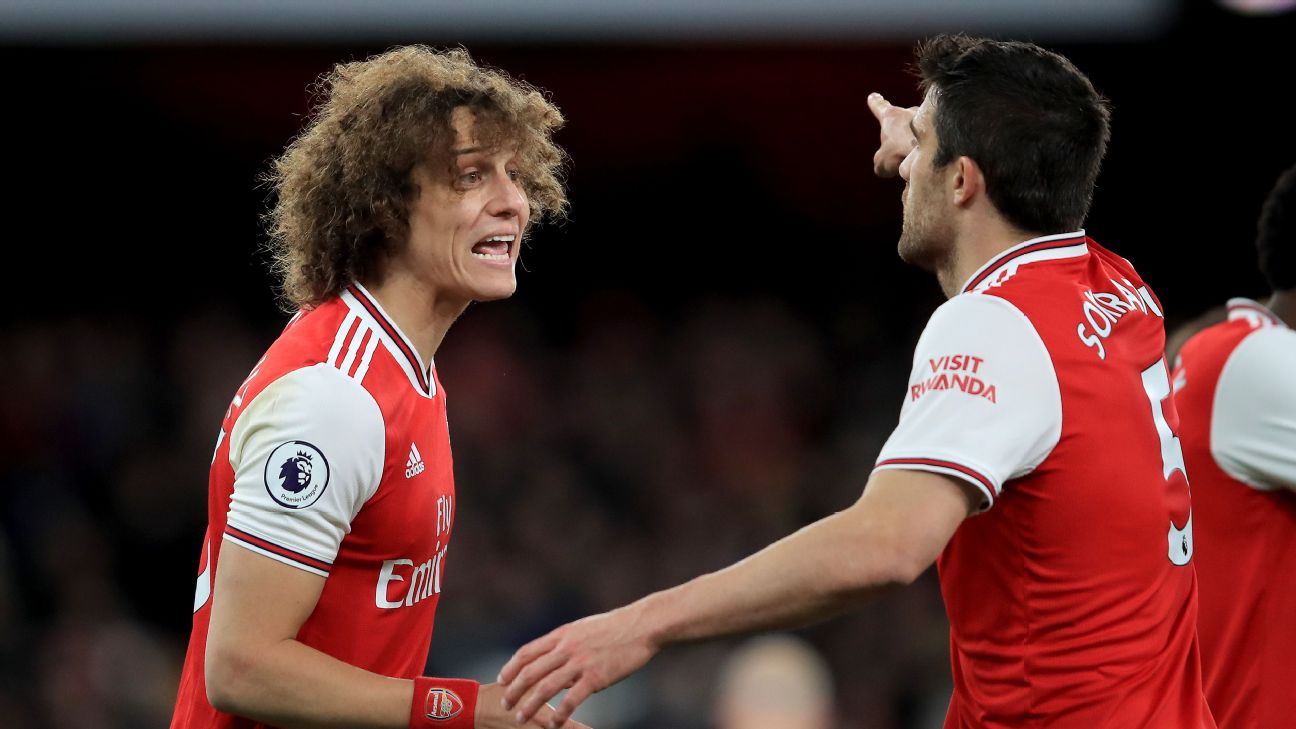 Although Freddie Ljungberg would have been pleased with his side’s reaction following a torrid first half under the lights against Brighton & Hove Albion, the visitors were good value for their 2-1 win at Arsenal, their first victory at the Emirates.

Adam Webster gave the visitors the lead, and despite Alexandre Lacazette‘s header leveling the score earlier in the second half, Neal Maupay answered with the match winner, which heaped more misery on Ljungberg’s men.

To make matters worse, the Gunners were booed off by a sullen Emirates crowd after the defeat, their ninth consecutive match without a victory.

The only positive of the first half was that Brighton didn’t add to their advantage. Nicolas Pepe brought energy to the home side following his introduction at half-time, and Ljungberg will be pleased with the way his side improved in the second period.

Arsenal were insipid, nervous and profligate in possession in the first half. They were second to everything and rightly booed off at half-time. Although they improved after the break, their defensive fragility was a constant, ultimately leading to Maupay’s winner.

4 – Tonight’s result will do little for the Swede’s hopes of getting the Arsenal gig full-time. Whatever he said at half-time did something to awaken his men, and the introduction of Pepe at the break inspired the Gunners. That said, it was not enough, as Arsenal have gotten no new manager bounce from Ljungberg so far.

GK Bernd Leno, 6 — Leno has made the most saves of any goalkeeper in the Premier League this season, and on tonight’s evidence, it’s easy to see why. Arsenal’s backline was given a torrid time, and Leno was forced into action throughout, saving well from Maupay and Davy Propper. Could do little about either goal.

DF Hector Bellerin, 4 — Like most of Arsenal’s starting XI, Bellerin was wasteful in possession. He gave away a free kick on the edge of his area when Aaron Connolly got the wrong side of him and was given a yellow card for his troubles. Made a great run in the second half but overhit his cross.

DF Sokratis Papastathopoulos, 4 – The Greek defender made one or two interventions but was constantly troubled by Connolly’s energy in the first half, the youngster constantly getting in behind him. Looked nervous throughout.

DF David Luiz, 4 — Looked to have scored the go-ahead goal, but his volley was rightly ruled out for offside. The Brazilian encapsulated Arsenal’s problems, as he was guilty of giving the ball away and letting his frustrations show.

DF Sead Kolasinac, 5 — Endured a tricky first half but at one point lifted the crowd with a strong challenge. He was involved in the equaliser, as he helped bundle the ball home following Lacazette’s near-post flick. Replaced in the second half.

MF Joe Willock, 4 — A very quiet night for the youngster, first on the right-hand side and then in the middle. Continually wasteful in possession, he broke free on the stroke of half-time and gave the ball away with Aubameyang free to his right, much to the frustration of everyone inside the Emirates.

MF Granit Xhaka, 5 — The former skipper enjoyed a lively start and was involved in some neat interplay but was also wasteful with the ball. Often led by example when trying to win the ball back.

MF Lucas Torreira, 5 — Torreira was busy in midfield and, like Xhaka, did well to harass Brighton at the back when trying to win the ball back. Couldn’t affect the game going forward, though.

MF Mesut Ozil, 5 — Ozil was involved in Arsenal’s attacking play early on and made some good runs behind the defence. Went missing when Brighton started to press their advantage but did deliver the corner that resulted in Lacazette’s equaliser.

FW Pierre-Emerick Aubameyang, 5 — A frustrating night for the captain, though he was involved in the Gunners’ best moments in the first half. He shot wide with a cross/shot that bobbled wide of Maty Ryan’s post and supplied the cross that Lacazette headed straight at the Australian keeper.

FW Alexandre Lacazette, 7 — Arguably Arsenal’s brightest spark while leading the line. He marked his 100th game for Arsenal with his 41st goal and was unlucky not to draw a penalty early on from Pascal Gross. Forced Ryan into two first-half saves and finally got the better of Brighton’s keeper when he sent Ozil’s corner looping into the far corner.

MF Nicolas Pepe, 7 — Introduced some energy to the game with his runs at the Brighton defence and forced the corner that led to Arsenal’s equaliser. Came close with a free kick at the death.

DF Kieran Tierney, N/R — Could do little to change the game when he came on. Was unable to settle Arsenal’s shaky defence and didn’t manage to break forward.

FW Gabriel Martinelli, N/R — Was unlucky to add to his recent goal tally after he forced Ryan into a save low to his left with a header.