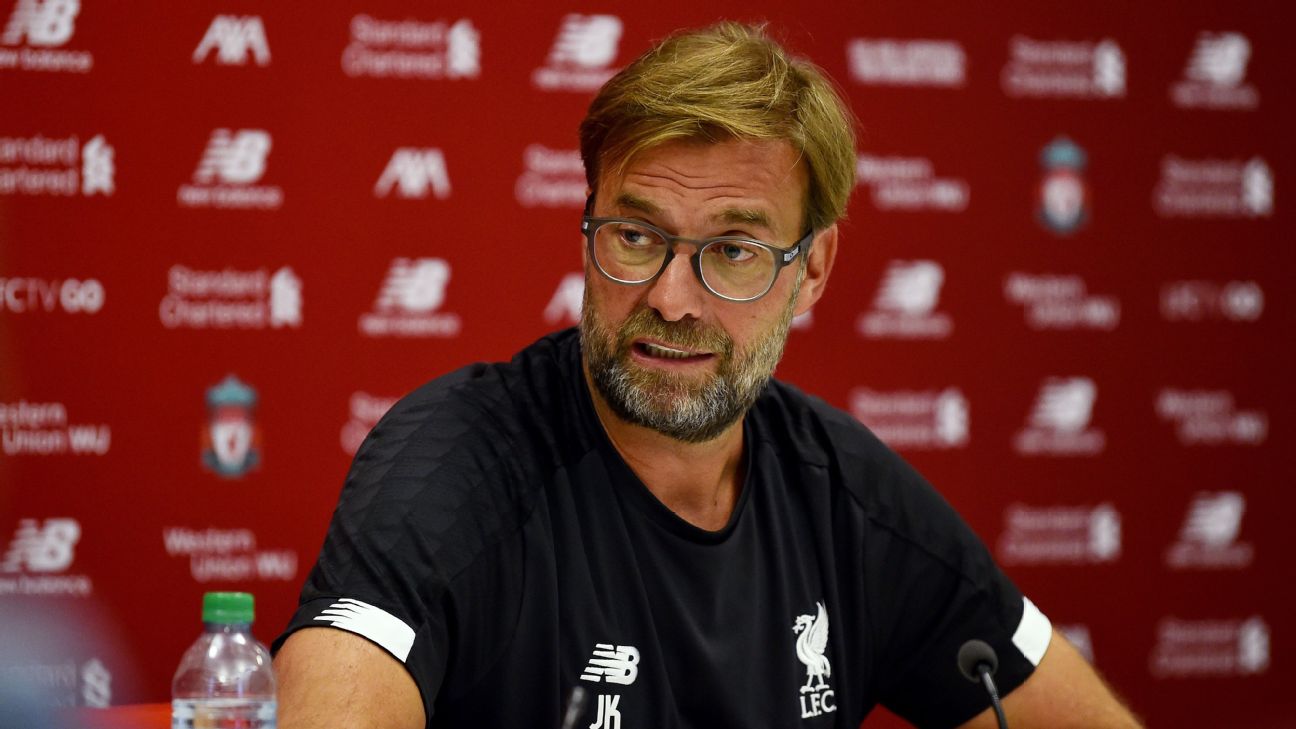 Jurgen Klopp has dismissed the comparison between his start at Liverpool to under-fire Ole Gunnar Solskjaer’s spell in Manchester United’s dugout ahead of Sunday’s showdown at Old Trafford.

The Norwegian, who was handed a three-year contract in March after a successful period as caretaker manager, but has a return of just 14 points from 15 league games since gaining the position permanently, has requested time to fully implement his vision. Chief executive Ed Woodward has summarised this as “winning trophies, playing attacking football and giving youth a chance.”

To that end, a stat circulated on Friday comparing Klopp’s first 29 league matches in charge at Anfield to Solskjaer’s at United, with the latter boasting a superior record by two points.

“You can never compare situations — mine when I came in and his now,” Klopp said in response to that finding at Melwood. “Man United is a massive club and no one is really ready to wait for success.

“It was not much different for me. If you asked after those 29 games, I’m sure there was not 100 per cent agreement that I was the perfect manager for Liverpool. That’s how it is.

“I want every manager in the world to have as much time as they can get to bring through their ideas, but you can never compare situations.”

Klopp was bemused when asked whether he has offered Solskjaer any advice, responding: “No. He doesn’t need it.

“He was at the club for 10-15 years, he knows everything there, he has experience in football. He knows what he has to do. It just has to work out, how it has to for all of us.

“That’s why so many of us get the sack, because if someone internally loses the patience, then we have to go. From my point of view, it looks like he is settled there. They all knew it was a difficult job.

“Nobody loses to you because you are Liverpool or Manchester United, it’s about what you do on the pitch. Opponents are all on their toes and motivated when you come there. That’s part of a big challenge we face.

“You don’t have to worry about Ole, he is in a big position and has the chance to win the game on the weekend. We want to make sure it doesn’t happen.”

Klopp has been riled by much of the build-up, which has billed Sunday’s encounter as a non-contest due to United’s form.

“Sky made a combined line-up and had 11 Liverpool players,” he said. “That’s like a joke, like building a banana skin.

“The world in the moment is a circus, and we are at the centre — a couple of people want us to win, a couple want us to lose. I’m not influenced by it. I am 100 per cent aware of the strength of Manchester United and I expect their best possible line-up.

“A couple of days ago Ole said ‘no chance’ for [David] De Gea and [Paul] Pogba, today it’s a ‘maybe’ and tomorrow it’s a 100 per cent [Anthony] Martial will be back.