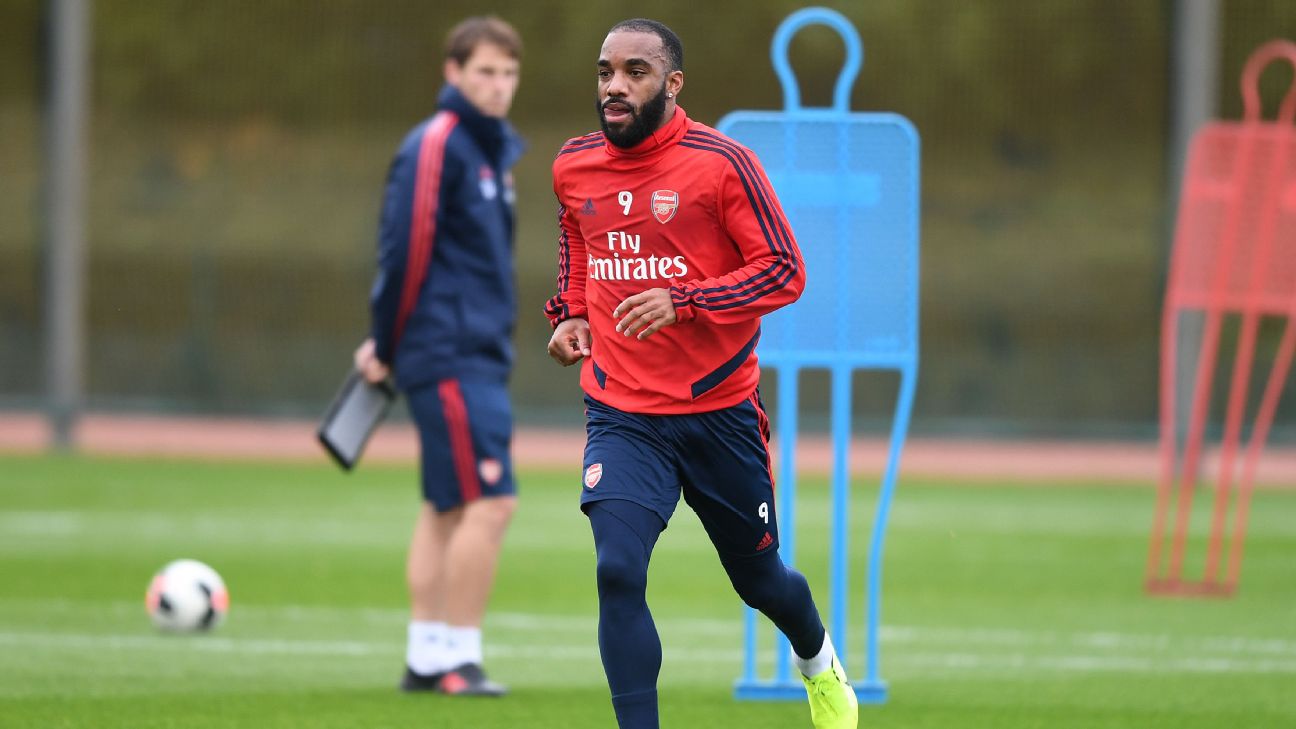 Alexandre Lacazette will make his return to training with the Arsenal first team squad next week after six weeks out due to an ankle injury, sources have told ESPN FC.

After ongoing treatment and wearing a protective boot on his right ankle, the France striker has been working hard on his own with one of the club’s physios to get back to full fitness.

If the end of his rehabilitation goes according to plan this week, he should join Unai Emery’s squad next week and train normally with his teammates.

He could then be in contention to play away at Sheffield United in the Gunners’ next Premier League match in 10 days’ time on Monday, Oct. 21.

The timescale was always for the 28-year-old to return at some point in October but Emery will be delighted that it is early enough in the month.

The former Lyon forward has only played three Premier League matches for Arsenal this season. He came off after just over an hour against Tottenham in the North London derby on Sept. 1 because of an injury to his ankle and has not played since.

He has been a big miss for Emery despite Arsenal winning twice and drawing twice domestically in his absence.

Arsenal’s next few matches see them take on Sheff. Utd, Leicester, Norwich and West Ham away while Crystal Palace, Wolves, Southampton and Brighton will visit the Emirates Stadium.

Arsenal should have Lacazette available for most of these matches.