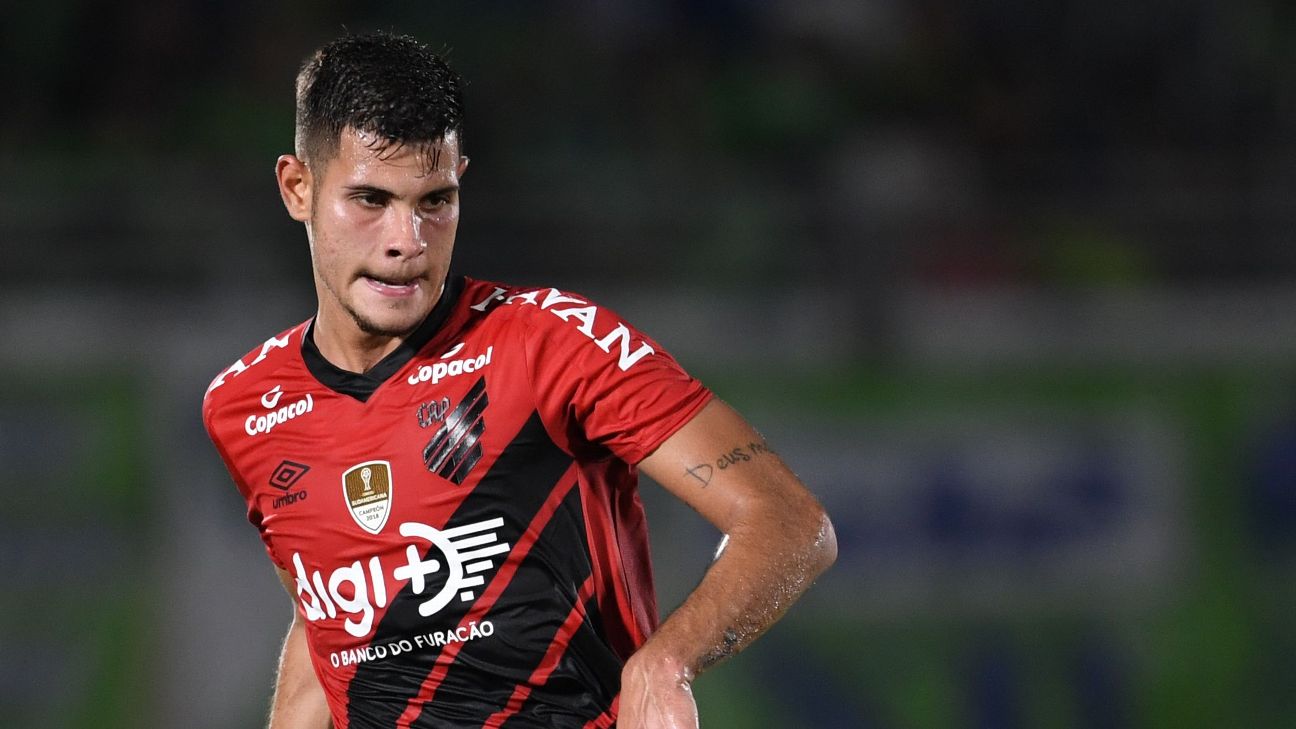 By Rodrigo Faez and Alex Kirkland

Atletico Madrid are on the verge of completing a deal for Brazilian midfielder Bruno Guimaraes, sources have told ESPN.

The club will pay Atletico Paranaense around €30 million for the 22-year-old. He is expected to join next June, although a January arrival is not being ruled out.

Atletico had secured a purchase option for Bruno when negotiating the transfer of then-teammate Renan Lodi this summer.

They had faced serious competition for the signing from Brazilian giants and Copa Libertadores winners Flamengo, who were willing to pay a higher fee.

ESPN FC has been told the player’s desire to play in Europe was the key factor in Atletico’s favour.

Bruno Guimaraes played for Atletico Paranaense on Wednesday, coming off the bench in the 93rd minute of a 1-0 win over Santos.

He was pictured in tears saying goodbye to the fans in his last home game as the Brazilian league season draws to a close.