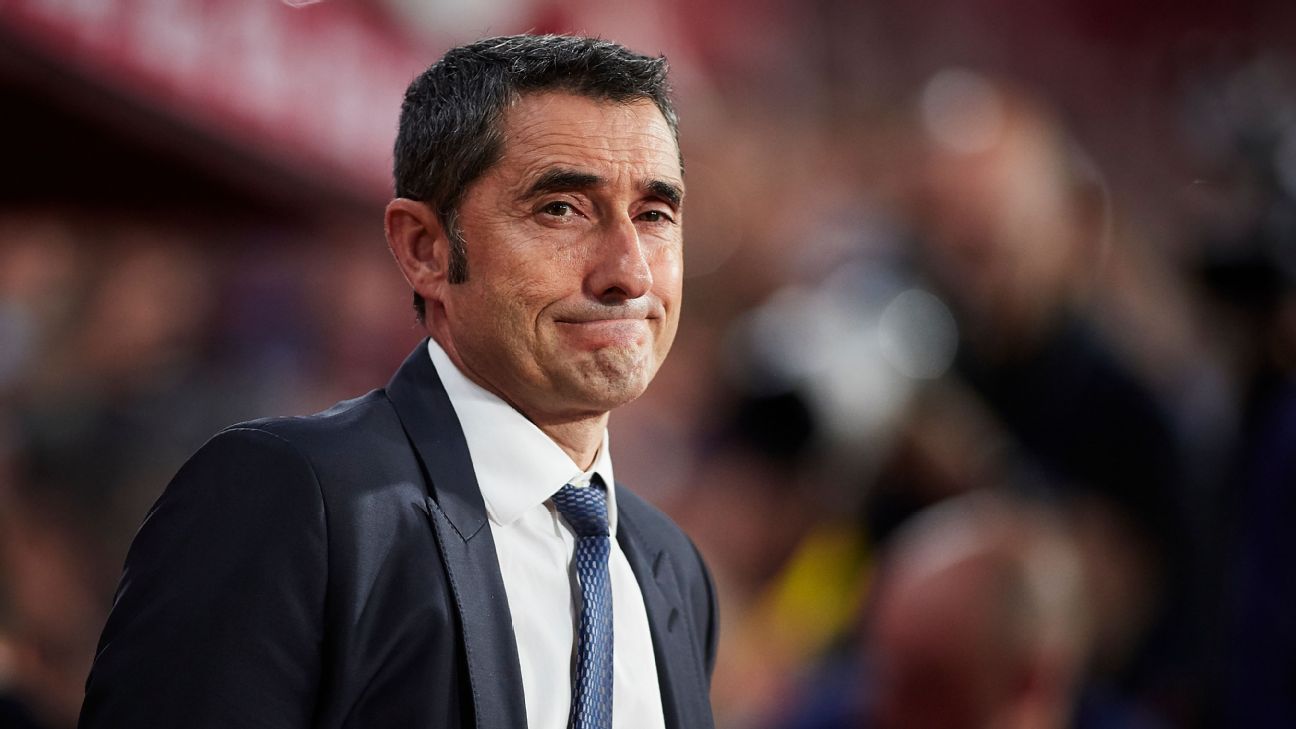 A number of Barcelona players have begun to lose confidence in coach Ernesto Valverde following the club’s disappointing start to the season, various sources have told ESPN.

Saturday’s surprise 2-0 loss to Granada signalled Barca’s worst start to a top-flight season in Spain in 25 years. They have lost two of their opening five matches and have just seven points on the board.

The squad flew back to Barcelona straight after the game and will return to training on Sunday. The post-mortem into what happened at Granada and why they were so comfortably beaten will begin then.

Valverde took responsibility for the defeat in his postmatch news conference, with sources telling ESPN that part of the squad has been left disappointed with the side’s performances away from Camp Nou this season — especially the display at the Estadio Nuevo Los Carmenes this weekend.

Barca opened the campaign with a 1-0 defeat at Athletic Bilbao and were then held to a 2-2 draw by Osasuna. They also drew 0-0 at Borussia Dortmund midweek in the Champions League and, stretching back to last season, are without a win in seven away games, which includes the painful 4-0 reverse at Anfield against Liverpool in the Champions League semifinal that knocked them out.

Despite that loss on Merseyside, until now at least, Valverde has maintained the players’ support. The board backed him in the summer, pointing to the fact that he was excellent in terms of managing the dressing room, despite shortcomings in Europe during his two years in charge.

The loss against Roma in his first year was labelled an anomaly, with La Liga and the Copa del Rey sewn up after that loss in Italy. However, the loss to Liverpool in his second season in the dugout led to the first real doubts about the former Athletic coach.

“Something strange is happening,” one source close to the dressing room told ESPN after the Granada defeat. “The team is playing without intensity and they’re not creating anything.”

Sources close to Barca president Josep Maria Bartomeu have told ESPN that he is not someone who loses his nerve or who makes impulsive decisions. Valverde has a contract until 2021 and it would take a prolongation of the club’s current form to lead to the drastic measure of sacking him.

Valverde has been without a number of his best players so far this season due to injury. Luis Suarez only returned to fitness last week against Valencia, while Lionel Messi is yet to start a game. The Argentine’s appeared as a substitute in each of Barca’s last two outings after recovering from a calf injury.

Meanwhile, Ousmane Dembele has not featured since getting injured in the opening day loss to Athletic, which has led to chances for Barca B forward Carles Perez and 16-year-old Ansu Fati.

“It’s going to be a long, complicated year,” Suarez said on Saturday, aware that a lot has to change for Barca to turn things around and get the fans back on board.