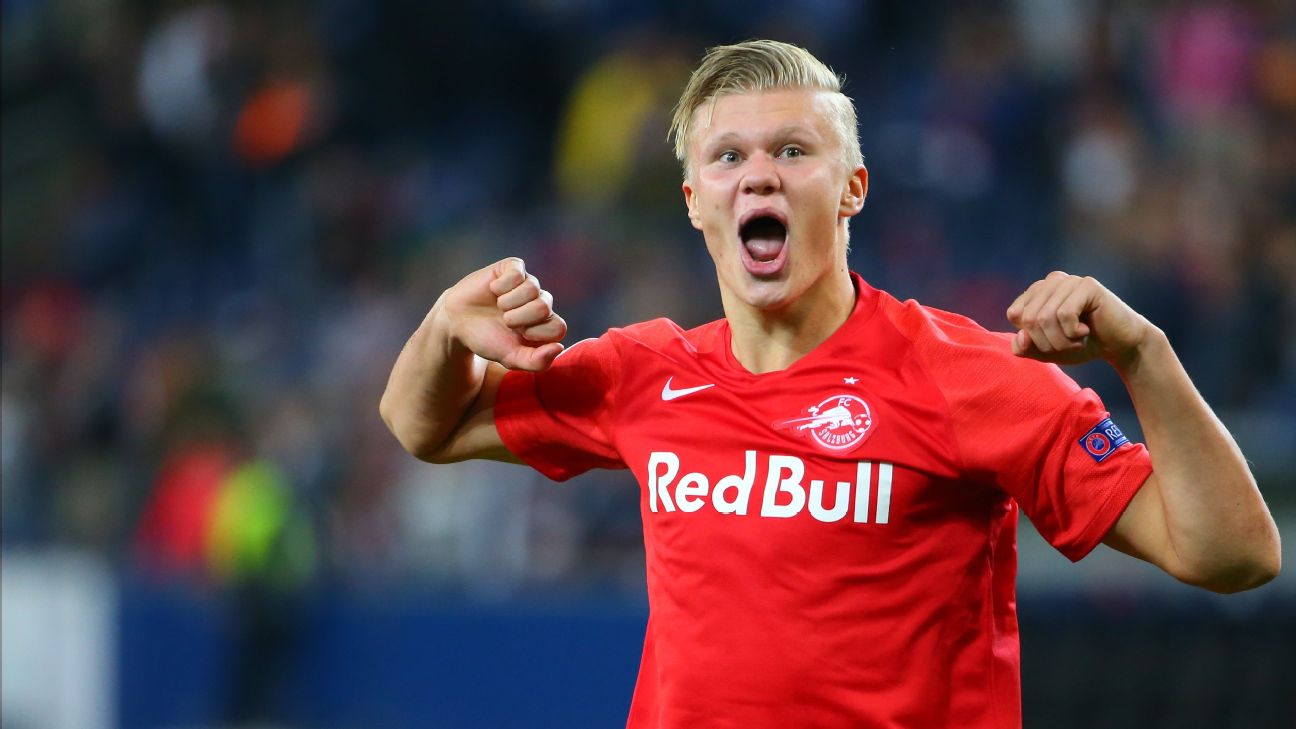 Barcelona are keeping a close eye on Erling Haaland but sources have told ESPN FC that they consider the €100 million price tag for the FC Salzburg striker to be excessive.

The Spanish champions, along with a significant number of Europe’s biggest clubs, have been impressed by Haaland’s performances this season, especially in the Champions League.

He scored his fifth hat trick of the season at the weekend against Wolfsberger and has now scored 26 goals in 18 appearances in all competitions — including seven in four Champions League outings. A number of Premier League sides, as well as Real Madrid and Juventus, have also been linked with him.

However, sources at Barca say the price they have been quoted by Salzburg is “disproportionate” and “not in line with his market value.” The sources add that, unless the Austrian side dramatically reduce what they’re asking for, the Catalan club would not be willing to break the bank for the Norway international.

Haaland, 19, has a contract with Salzburg until 2023 and it does not include a release clause.

German side Leipzig have also been linked with him and could emerge as an alternative destination for the forward. The Bundesliga club have a strong connection with Salzburg and in recent seasons have signed the likes of Naby Keita, Dayot Upamecano and Konrad Laimer from them.

Haaland has already twice turned down more lucrative options in favour of playing time. When he left Bryne in 2017 he joined Molde, where he worked with Manchester United coach Ole Gunnar Solskjaer, and then moved to Salzburg in 2019. On both occasions he had offers from bigger clubs.

Barca have never previously made an offer but have been loosely tracking his career for the last three years.

The Blaugrana are looking for a long-term replacement for Luis Suarez and Haaland — who is the son of Alfie Haaland, the former Manchester City, Leeds United and Norway midfielder — fits their criteria.

Suarez will turn 33 in January and while he’s still scoring regularly, his performances have drawn some criticism this season. Sources have told ESPN FC that, as he attracts interest from Major League Soccer, the club face a dilemma over how to manage his future.

Antoine Griezmann was signed with the idea of using him through the middle at times. However, Ernesto Valverde has not given him many opportunities in that role and the club continue to scour the market for an out-and-out No.9.

Haaland is one of the players they have been drawn to but they do not believe he is worth €100m as things stand.