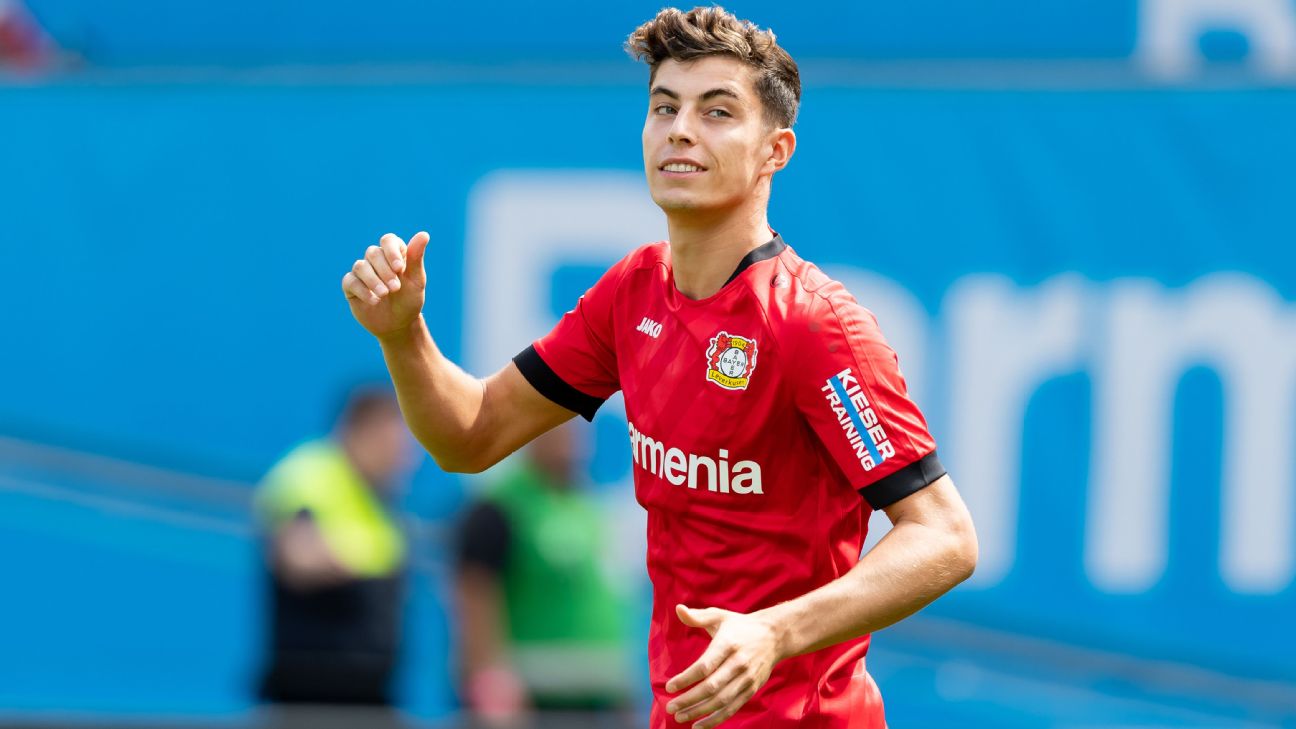 Barcelona will watch Bayer Leverkusen’s Kai Havertz in this week’s Champions League game against Atletico Madrid as they step up their interest in the Germany international, various sources have told ESPN FC.

Havertz, 20, has been tracked by Barca for a while. Scouts from the Spanish champions have been following him closely this season and the club will take advantage of Wednesday’s match against La Liga side Atletico to take a thorough look at him as they contemplate bidding for him in the future.

However, Barca know that Havertz will not come cheap. He’s the subject of interest from a range of European sides and is expected to cost at least €80 million, although sources at the Catalan club insist that “there have not been any talks so far.”

Barcelona have reports on the German midfielder dating back four years, when he was still playing in Leverkusen’s youth teams. The reports were frequently very positive, and the club feel that he still has even more room to develop as a player.

Havertz made his first-team debut for the Bundesliga side in 2016 and has made 118 appearances for the club, scoring 31 goals. He scored 20 times in 42 matches last season.

Barca are well-stocked in midfield, with Sergio Busquets, Frenkie de Jong, Arthur, Arturo Vidal, Ivan Rakitic and Carles Alena all vying for a first-team place. The competition for places has meant diminished playing time for Rakitic and Alena, though, and both players are candidates to leave Camp Nou in January.

Meanwhile, Barca B midfielder Riqui Puig is also pushing for a first-team spot. He called for more minutes at the weekend and suggested he could leave on loan in the winter if that is not possible. Coach Ernesto Valverde has said the youngster will be a first-team player eventually but he doesn’t know when.

Despite that, Barcelona continue to follow the best youngsters coming through in Europe. Since Robert Fernandez — who has since been replaced by Eric Abidal — became the club’s sporting director, they have expanded their reach in France and Germany as they comb the market for the best up and coming talent.

Havertz fits that label, and he’s passed every test so far after being watched by a number of scouts from the club. Leverkusen know they have one of Europe’s most in-demand players on their hands, though, and will be able to command a lot of money if they eventually sell.

Barca are not in a strong buying position at the moment, either. They need to bring in €124m before the end of June to balance the books. Philippe Coutinho, on loan at Bayern Munich, who have an option to buy, and Rakitic are both players they’re keen to move on. The Croatian has drawn interest from Juventus and Inter Milan.