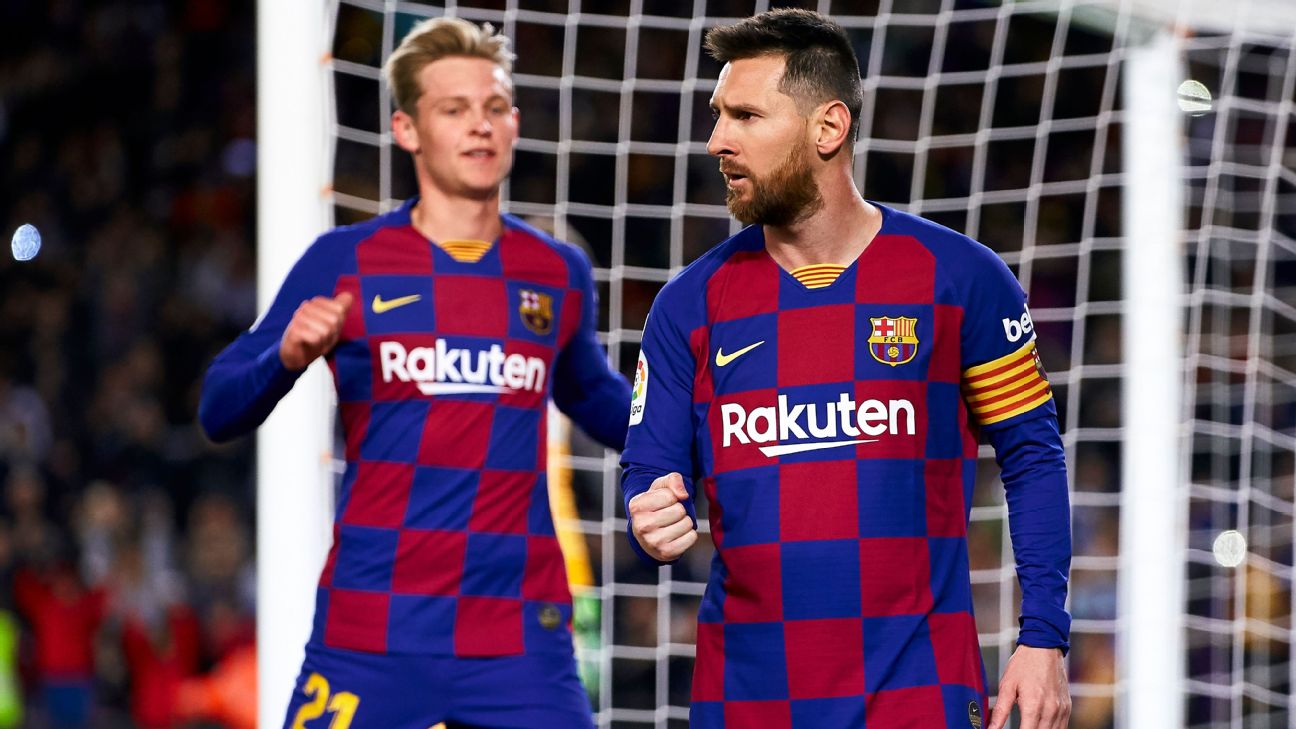 Barcelona are worried about the number of muscle injuries they are suffering this season after losing full-back Nelson Semedo to a calf problem for five weeks, sources have told ESPN FC.

Since the season began in August, manager Ernesto Valverde’s side have endured 17 injuries, with 15 of them muscle related. Lionel Messi, Luis Suarez and Ousmane Dembele have all been affected.

Semedo was taken off after just 20 minutes during Saturday’s 4-1 win over Celta Vigo with a pulled calf muscle. The defender joins Jordi Alba on the treatment table, who is sidelined having suffered a recurrence of a hamstring problem against Slavia Prague last week.

The absence of Semedo and Alba leaves Barca short in defence for their trip to Leganes after the international break. Sergi Roberto is also suspended for that game.

Messi was the first to pick up an injury this season, and he was forced to miss the club’s tour of the United States as well as the first four games of the season. With the exception of Antoine Griezmann, all the other forwards in the squad have had fitness problems, including Carles Perez and Ansu Fati.

Sources have told ESPN FC that a preseason which included long-haul flights to Japan and the U.S., in addition to accumulated tiredness, is a possible reason for the surge in muscle injuries at the club.

Barcelona add that they believe the injuries have played a part in the team’s sub-par performances this season — they have already lost three times in the league, the same amount as they lost across 38 games last season.

One source inside the club, though, said they don’t understand why there have been so many injuries, given the players’ diet and rest time has been carefully managed.

Valverde has tried to play down the significance of his side’s mounting injury problems in public. He has assured that he and his team are doing nothing different from what they have done in previous years, although he confirmed they have made some preparation tweaks.

“We’ve not changed the way of training [this season], but we are correcting some aspects of what we do,” the Barca coach said in a news conference on Friday.

Barca have two weeks until they play Leganes, with 12 of the first-team squad — as well as five from the B team — now away on international duty with their respective countries.