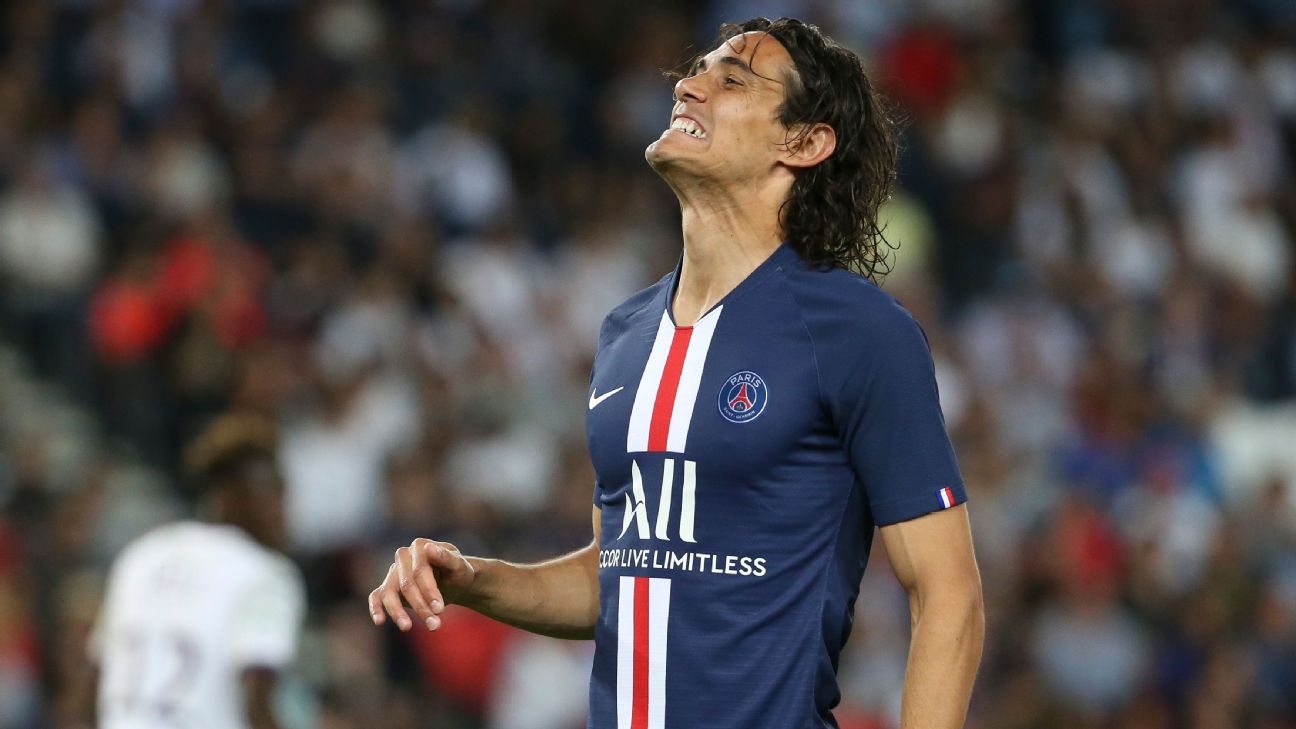 Edinson Cavani and Thiago Silva could leave Paris Saint-Germain for free at the end of the season, sources have told ESPN FC.

The South American pair are both into their final year of contract with PSG and the Ligue 1 giants are yet to offer either an extended stay at Parc des Princes.

Cavani, 32, and Silva, 35, are two of the most senior members of the PSG squad. However, Uruguay international Cavani has struggled with injury this campaign and there are younger options ready to replace Silva.

According to ESPN FC sources, Cavani has not totally ruled out the possibility of staying and believes he can still convince sporting director Leonardo and the PSG leadership to offer him a new deal.

However, no such offer has been forthcoming, and Silva has also been left in the dark regarding the club’s plans for him beyond the end of this term.

If Cavani were to leave PSG,  sources have told ESPN FC, his priority would be to remain in Europe — with Atletico Madrid, Napoli, Inter Milan and Manchester United all known admirers.

Both Cavani and Silva have spoken in the past of their desire to return to their respective homes in Uruguay and Brazil before retiring.

ESPN FC sources indicated Major League Soccer would also be an option for Cavani, in the event that he leaves PSG, but there have been no concrete offers put forward — despite enquiries from LA Galaxy and David Beckham-owned franchise Inter Miami about his future plans.

Although Leonardo was initially keen on the idea of extending Cavani’s contract upon his return as PSG sporting director, notably because of the No. 9’s impeccable professionalism and positive influence among his teammates, ESPN FC sources understand his recent injury issues have prompted a rethink.

Also, with Mauro Icardi now on loan and playing for a potential future permanent Paris transfer, PSG have an alternative to Cavani that they did not have when Leonardo first arrived.

Silva’s contract has not been a priority since his compatriot’s return, and sources have told ESPN FC that nothing has changed on that front.

In fact, PSG are focusing on tying up the futures of both Marquinhos and Marco Verratti ahead of the likes of Cavani and Silva, with sources having told ESPN FC that talks with both are progressing well.