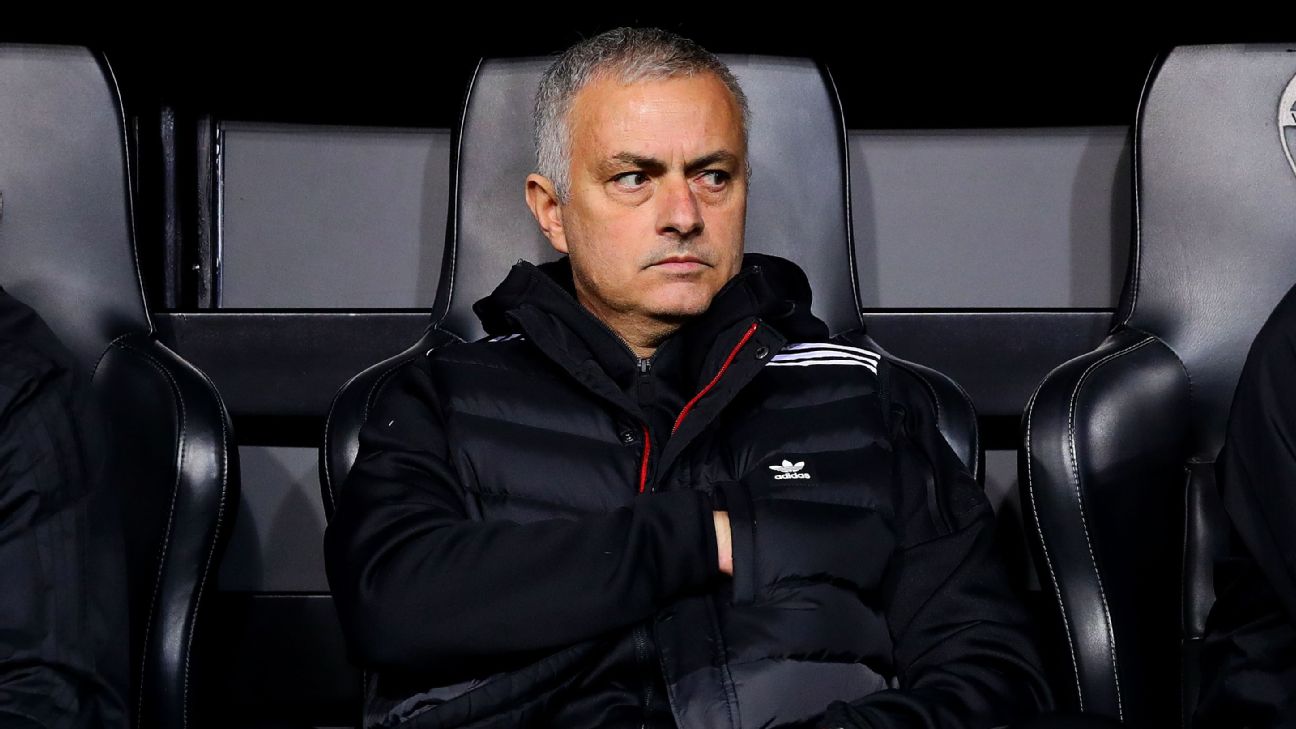 Jose Mourinho would be interested in the Arsenal manager’s job if it became available, sources have told ESPN FC.

Boss Unai Emery is coming under increasing pressure at the Emirates following a mixed start to the season.

There are no immediate plans to dismiss the Spaniard, who takes his team to face Liverpool in the Carabao Cup fourth round on Wednesday, but Mourinho would be open to talking to the club if the position became vacant.

Mourinho is based in London after being sacked by Manchester United almost a year ago.

The 56-year-old, who has also been linked with a return to Real Madrid, has been working as a pundit but has made no secret of his desire to return to management.

Sources have told ESPN FC that the chance to win trophies with three Premier League clubs would appeal to Mourinho, who won three titles with Chelsea, but he would need assurances from the board that funds were available to allow a serious challenge at silverware.

He was at the Emirates to watch Arsenal’s 3-2 win over Portuguese side Vitoria Guimaraes in the Europa League on Thursday, during which Nicolas Pepe, a player he recommended to United while he was at Old Trafford, scored twice.

Emery has come under fire following a run of one win in four Premier League games, including throwing away a two-goal lead to draw 2-2 with Crystal Palace on Sunday.

His handling of Mesut Ozil has also been questioned after freezing out the German midfielder.

Emery finished fifth in his first season after replacing Arsene Wenger, missing out on a place in the Champions League following defeat to Chelsea in the Europa League final.

They are fifth after 10 games of this campaign, four points adrift of the top four.