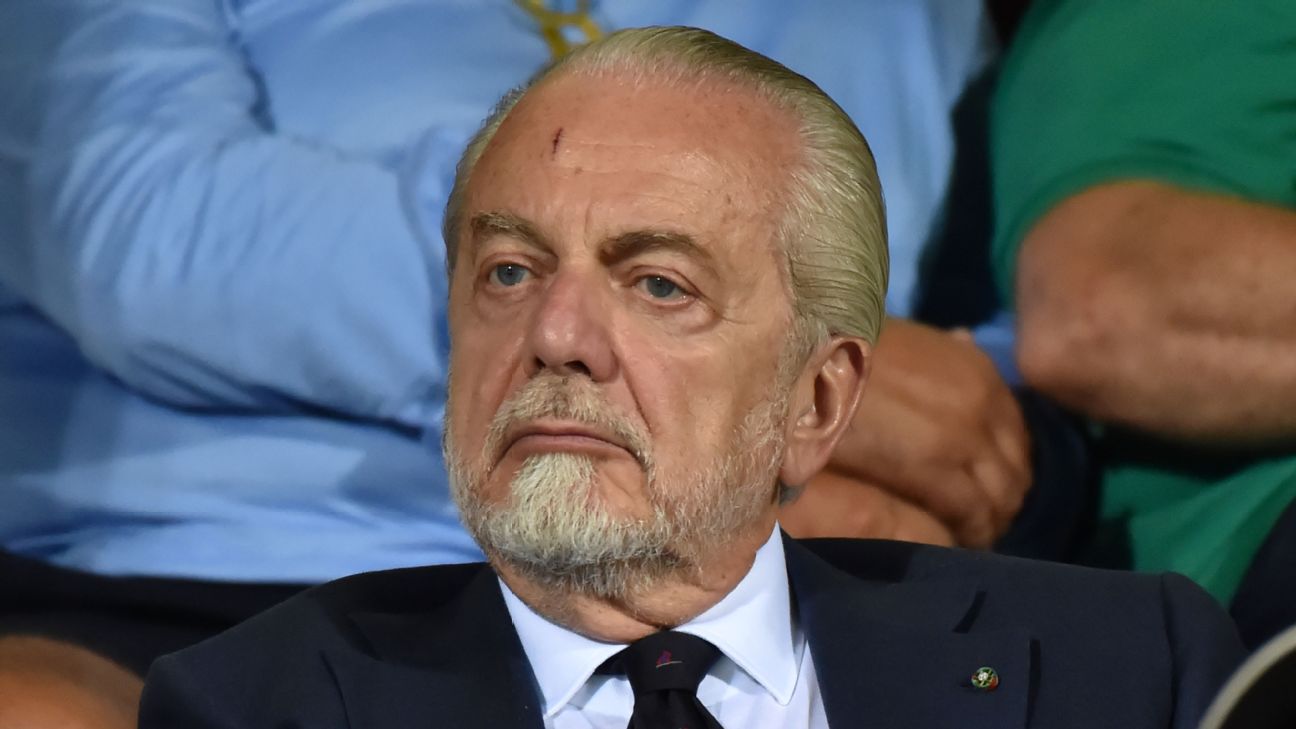 A disappointing sequence of results across all competitions led to De Laurentiis ordering the players to go into a week-long retreat.

However, manager Carlo Ancelotti said he was against the idea and the players subsequently refused, which led Napoli to issue a statement, explaining they would discipline the players.

Sources have told ESPN FC that De Laurentiis has begun legal proceedings on Monday to fine every member of the first team squad, apart from Kevin Malcuit who has been recovering from a serious knee injury, 25% of their monthly salary — the maximum penalty allowed.

The club have imposed a media blackout on the squad and North Macedonia midfielder Elijf Elmas was reprimanded by the club for breaking ranks and talking to local media during the international break.

Under UEFA rules, Ancelotti is obliged to give a news conference in Liverpool the day before Wednesday’s Champions League match but there was no indication on Monday that the club were prepared to lift the embargo.

Napoli were expected to mount a serious title challenge this season, but sit seventh — four points off the Champions League places — following a run of five matches without a win.

A draw at home to FC Salzburg in their previous Champions League match means defeat at Liverpool could leave them sweating over qualification to the knockout phase going into the final group game against Genk.

Information from Reuters was used in this report