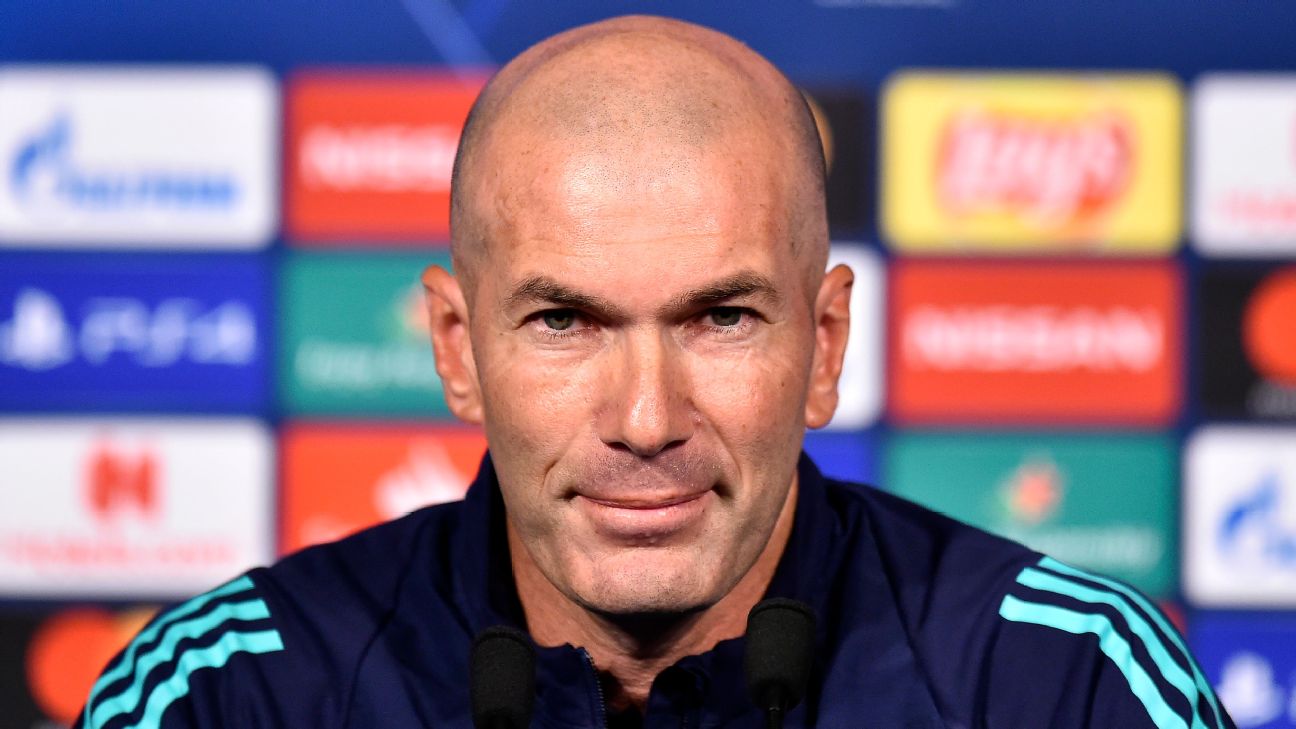 Zinedine Zidane is under pressure at Real Madrid following the 3-0 defeat at Paris Saint-Germain, according to ESPN FC sources.

After winning three successive Champions League titles, Zidane left his post as Madrid manager in summer of 2018 only to return in March 2019 following a difficult campaign which saw replacements Julen Lopetegui and subsequently Santiago Solari sacked.

But the Frenchman has struggled to bring about a reversal of fortunes, winning just five of his 11 games last season. And, despite Madrid making six signings in the summer, sources have told ESPN FC members of the board feel “the squad is very strong and is not being maximised.”

However, despite the worrying defeat to PSG in the Champions League, Zidane remains “upbeat” about the situation at the club.

Yet they failed to sign midfielder Paul Pogba from Manchester United, who was Zidane’s No. 1 choice and there are concerns the club have been left short in middle of the pitch.

Sources have told ESPN FC that, while important players within in the dressing room believe Zidane is “not the same as before,” and there is also a fear among certain players regarding rumours of the potential replacements, with Jose Mourinho the most likely.

Ex-Juventus boss Massimiliano Allegri is another potential candidate while former players Raul and Aitor Karanka have also been mooted.

Madrid travel to leaders Sevilla on Sunday with the derby against Atletico the following Saturday following a midweek home match against Osasuna — who recently drew with Barcelona.