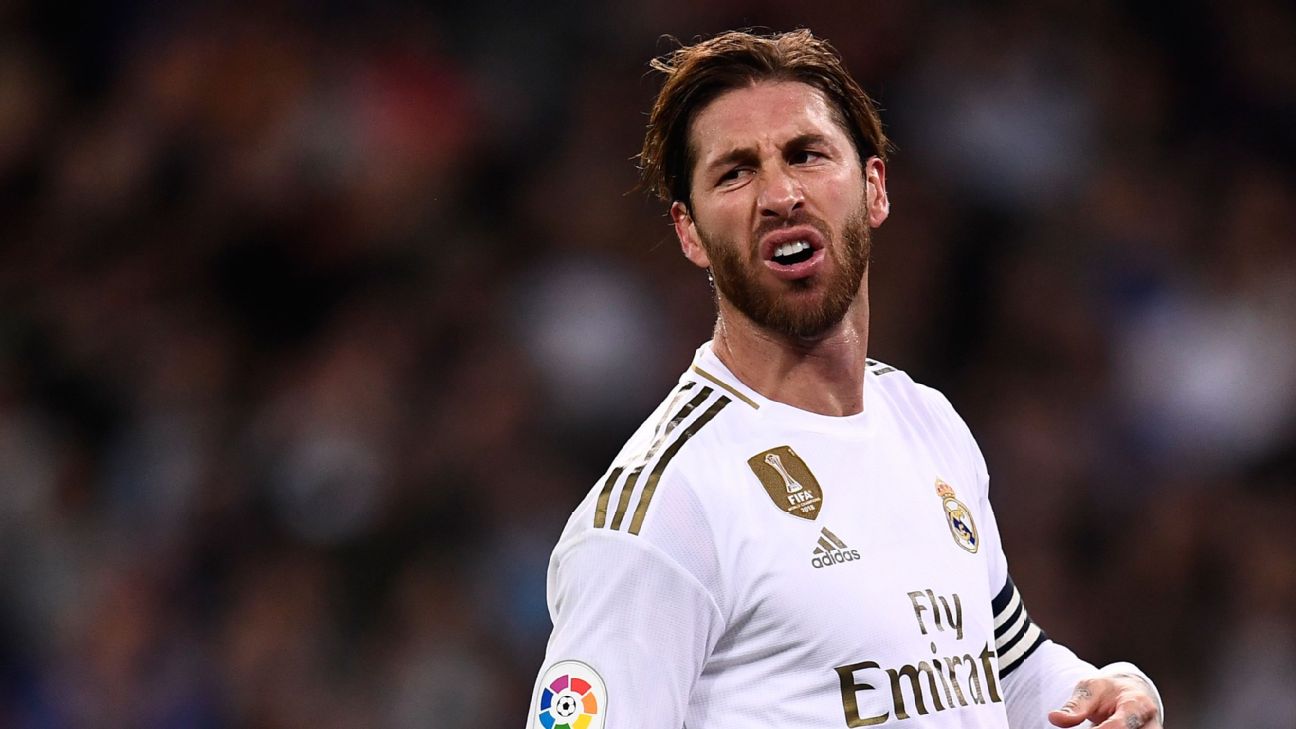 Only one thing is certain: at the start of this weekend’s matches in Spain, FC Barcelona will be top of the table. Nothing else is. Barcelona are on top. By 11 p.m., it could be Real Sociedad who are leaders of the league. At 6 p.m. on Saturday, it could be Granada. At 8.30 p.m., Real Madrid. And at 11 p.m., Barcelona again. By 6 p.m., the following night, it could be Atlético Madrid and by 11 p.m. Sunday, Sevilla.

Spain has had six league leaders at the end of a weekend so far this season: Real Madrid four times, Barcelona three, Sevilla two and once each for Atlético, Athletic Bilbao and Granada. This weekend, if the results go right — and none of them have to be outrageous or are unlikely — it could have six league leaders in a single round of games. It won’t happen, you might say. and you’re probably right. But it could, and that alone is something. It doesn’t even need any of the big teams to lose, as Barça did at Levante last week or a few weeks before at newly-promoted Granada.

This weekend in the Premier League, there’s a game being billed as a title decider in November, a game between the only two contenders and one that that feels like it could mean there is just one leader in England for the rest of the season. Liverpool have a chance to go nine points clear and extend their unbeaten run in the league to 28 league games. Meanwhile, La Liga hosts seven games that could lead to a change at the top. But, you know, La Liga is boring and non-competitive and all that. The league where there are only two teams who beat up on everyone else, where it’s impossible for Real Madrid and Barcelona to lose. Where there’s just no opposition and everyone else is rubbish, there to make up the numbers, or so it goes.

Look at the table this morning and there are three teams level at the top. One of them is Real Sociedad, who haven’t been there for 16 years. The sports daily Marca was looking even further back: “like Arconada time,” their cover said, harking back to the early 1980s when la Real won the league. The week before, the team at the top was Granada, who hadn’t been there for 46 years.

There are no points between the top three. Just one point separates the top five. Two points separate the top six, three the top seven and and four the top nine. The top thirteen are separated by just five points. On Monday morning, in the week building towards yet more general elections in Spain, AS’s front page used a political play on words to declare the end of the two-party/team system. This was odd because as usual, they were talking about Madrid and Barcelona when the reality is that if there have been only two teams in the title race over the past two years, it’s been Atletico and Barcelona.

The shadow hanging over the table involves the number of games played. There’s an asterisk by the league table and there will be until Dec. 18, when Madrid and Barcelona finally play the postponed clásico, but it’s never been tighter. The top seven haven’t been within three points of each other at this stage this century. Spain’s never had it good.

Or maybe Spain’s never had it so bad? At the end of their 0-0 draw with Betis last weekend, Sergio Ramos said that the result made some kind of sense. “The competition there is between teams here is what makes this the best league in the world, and we feel lucky to play here,” he said. “You have to play as well as you possibly can because the smallest mistake leaves you slipping down the table.”

His Real team had just failed to beat a goalkeeper who couldn’t see. Joel Robles lost a contact lens but still managed to stop Madrid. They had just drawn with a team whose manager had been on the verge of the sack. It shows how strong they are, but it also reveal Madrid’s flaws. That they are still joint top may reveal all their flaws. When it comes to the story line, the attention, it’s always about the big teams here, even when they are beaten by the smaller ones. The question this time is: is it about the big teams? There was excitement at Spain new-found tightness last weekend, but it came laced with concern.

Look at the structure and La Liga has greater strength in depth than before. Although the economic differences remain huge — Barcelona’s budget is 18 times the size of Valladolid’s — the gaps have been reduced and the base amount has increased at the bottom. La Liga’s financial controls, the signing of a collective TV deal enshrined in law to ensure it wasn’t broken, and the redistribution of the money from that have improved the health of the smaller clubs. Debt has been reduced to almost nothing now while spending has increased. This summer, while it was of course top heavy — Atletico, Real and Barcelona spent over 800 million this summer, with a net spend above 200m — spending was greater than ever before. Clever, imaginative clubs with bright coaches use that money well; those that have less of it use it even better, which is often the way. Too much money can make you lazy. The response of the promoted clubs tells a small story: Mallorca, the worst of them, beat Real Madrid. Osasuna drew with Barcelona and already have 18 points after 12 games. Granada beat Barcelona. They were top last week.

But the coming together of clubs, the tightness is the table, is necessarily driven by pressures from both sides: from the bottom upwards, but also from the top down. Barcelona have not had so few points as these for fifteen years. Valverde’s team have nine points fewer than at the same stage of his first season. They have lost three times already – three times as many as in the whole of that first season. the days of 100-point leagues are gone. Madrid’s totals are not so far off what they were in the last two seasons – they trailed the title winners by ten wins over the last two campaigns – but this time it is enough for them to be joint top.

Atlético may just have been given the best opportunity they’ve had to win the league — yes, an even better chance than the year they actually did. Instead, they have won only three of their last nine games. That’s the bad news; the good news is that nor has anyone else. Atletico could be top this weekend.

The stats alone wouldn’t be enough, and could be read any way — lies, damned lines and all that — but the feelings reinforce that focus. Europe can too, although it has been a good week in the Europa League. It may be too soon, and far too dramatic, to talk of such decadence but Spain’s predominance is diminishing. Four Premier League teams as European finalists was a warning to Spain last season but is it temporary, and will it be heeded? Can it be?

Put bluntly, Madrid, Barcelona and Atlético have not impressed this season; when it comes to the big two, it’s hard to avoid the feeling that these are teams without a clear identity, a work in progress. Take that line above about this weekend and rethink it: no one would seriously suggest right now that Madrid or Barcelona are as well-constructed, well-built or as clearly conceived as Liverpool or Man City.

And so you get a title race that can feel flawed. But it’s fun, too.