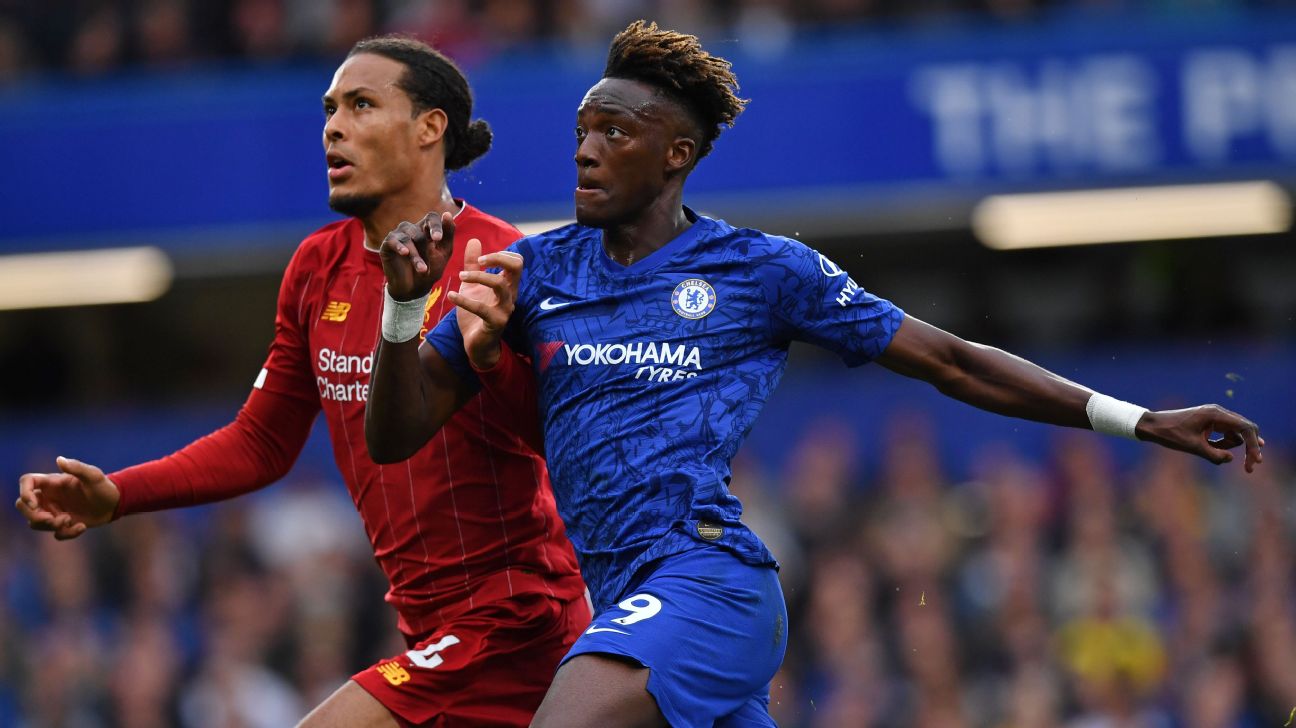 Chelsea are still yet to win at Stamford Bridge under Frank Lampard following another defeat on home soil. League leaders Liverpool left west London with all three points in a 2-1 win though but the Blues did have a real go after a rallying second-half performance.

In the end, Chelsea were left to rue a crucial miss and a disallowed goal in the first half when only a goal down. First Tammy Abraham missed a one-on-one against Adrian on 24 minutes before Cesar Azpilicueta‘s “equaliser” was ruled out by VAR after Mason Mount was adjudged to be offside in the build-up. Liverpool then hit the Blues with a sucker punch and while N’Golo Kante pulled a goal back in the second half, Chelsea were unable to find the second they needed.

The Blues managed to create chances against the league leaders. Abraham’s one-on-one in the first half followed an incisive pass through the lines from Andreas Christensen. Chelsea also put the Liverpool defence under pressure and thought they’d scored until Azpilicueta’s goal was ruled out by VAR, and in the second half Kante scored with his second shot at goal. It bodes well for games against lesser teams moving forward.

Chelsea will be enthused by the performance but ultimately two errors cost them. First, a costly free-kick conceded on the edge of the area, and then failing to pick up Roberto Firmino on a well-worked set-piece. Both lapses proved the difference.

6 — Lampard’s plans were scuppered firstly after conceding so early and again when two of his four starting defenders had to be replaced with injury. His side did look dangerous when going forward and he did manage to change the course of the game in the second half. Chelsea piled on the pressure after the break but were unable to find a second goal.

GK Kepa Arrizabalaga, 7 — The Spaniard could do little about Trent Alexander-Arnold‘s free-kick or Firmino’s header, but he made a great save with a strong wrist to his left from the Brazilian international’s volley straight after the break. He then showed great reflexes to save to his right at full stretch to prevent an own goal later in the second half.

DF Cesar Azpilicueta, 6 — An interesting afternoon for the skipper. He made a key intervention to deny Sadio Mane in the opening five minutes and then thought he’d scored an equaliser with the score at 1-0, but the goal was ruled out by VAR.

DF Andreas Christensen, 5 — The Dane gave away the free-kick on the edge of area that led to the goal from Alexander-Arnold after 13 mins. He thought he’d made amends by supplying Abraham for Chelsea’s best chance of the first half, his clinical through-ball opening up Liverpool’s defence. Made a crucial block to deny Salah before the break but injured himself in the process and had to be replaced.

DF Fikayo Tomori, 5 — Had a solid game and looked tidy when covering at the back, managing to keep Salah quiet on numerous occasions. He was booked for a strong challenge on Jordan Henderson. Got a standing ovation from the home fans for a challenge on Salah.

DF Emerson Palmieri, 4 — The Brazilian defender was under pressure as Liverpool started the game the stronger of the two sides, but he had to be replaced after 15 minutes having picked up an injury.

MF N’Golo Kante, 5 — The Frenchman returned to the side with a goal. He was well marshalled by the Liverpool midfield in the first half but found more space to get forward in the second. He came close with a strike after the break that had Adrian scrambling across his goal line, then scored with a clever right-footed finish when running into the area.

MF Jorginho, 5 — The midfielder probed but was unable to make a real impact. He often picked up the ball in deep positions and found joy with a cross-field ball to his left on numerous occasions. However, his final ball was often inaccurate.

MF Mateo Kovacic, 4 — The former Real Madrid man endured a tough game against Fabinho & Co. Was booked late in the game and struggled to assert himself overall.

FW Willian, 5 — The Brazilian was the key to what Chelsea believed was the equaliser in the first half. He found himself in acres of space inside the Liverpool box and crossed into the area, where Azpilicueta netted before his effort was ruled out.

FW Tammy Abraham, 6 — Often isolated in attack, but broke Liverpool’s high line to go one-on-one with Adrian in the first half after having left Virgil Van Dijk behind. He managed to find space behind Liverpool’s back line on numerous occasions but was frequently caught offside. Missed with a header on the stroke of half-time after evading Joel Matip.

FW Mason Mount, 5 — The youngster was busy but unable to make a huge impact. He worked well to keep the ball on occasions but couldn’t get himself in dangerous positions to hurt the Liverpool defence. His highlight was a good run and cross after 10 minutes.

DF Marcos Alonso, 6 — Came on after 15 minutes and attacked down the left within a minute of coming on. He failed to pick up Firmino for Liverpool’s second goal, but was an attacking threat on the left all afternoon.

DF Kurt Zouma, 5 — The defender had a solid game after he came on and the Chelsea defence rarely looked troubled.