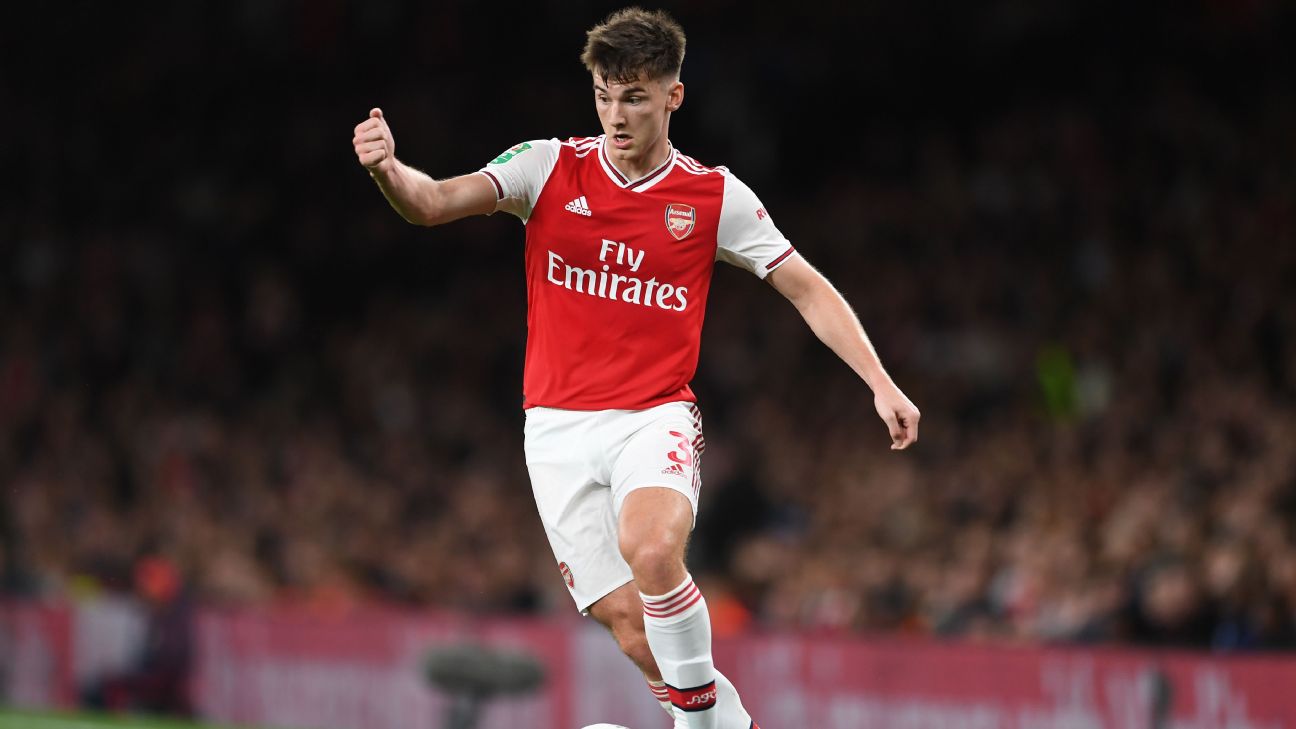 Arsenal eased into the fourth round of the Carabao Cup with a 5-0 win that flattered visitors Nottingham Forest. The Gunners dominated possession, and while Forest looked threatening on the counter in the first half, they never really looked like troubling Arsenal’s solid back line. Unai Emery will be particularly enthused by the performances of debutant Kieran Tierney and striker Gabriel Martinelli.

Tierney will have Gunners fans purring after a confident first start following his move from Celtic. Strong in the tackle, dynamic when going forward and boasting a laser-accurate cross, Tierney’s performance suggested big things lie ahead for him and Arsenal. Reiss Nelson impressed ahead of him before moving to a more central position, while Martinelli capped an impressive display with two goals.

There wasn’t much to disappoint on this, a convincing victory in which Arsenal’s youngsters gave cause for great hope for the future. The one cause for concern will be the injury to Emile Smith-Rowe, who left the field on a stretcher.

7 — Fielding youngsters and making wholesale changes can be a risky business, but Arsenal dominated the game. Pleasingly, for Emery, he now has plenty of options at his disposal, and he will have been enthused by his side’s intensity even in the late stages.

GK Emiliano Martinez, 6 — The Argentine keeper will be delighted with his clean sheet, but in truth he had very little to do. Was quick off his line when called upon to clean up behind his defenders and made light work of the one save he had to make.

DF Calum Chambers, 8 — Chambers started with a good interception in the opening 10 minutes, and generally read the play well. He looked lively throughout and capped his performance with a superb cross on the volley for the opening goal.

DF Rob Holding, 7 — Holding will no doubt face sterner tests than this, but his presence was comforting for the Gunners. Gave nothing away all evening, and added to his contribution with a powerful headed goal when unmarked from a corner.

DF Shkodran Mustafi, 6 — The much-maligned Mustafi enjoyed a comfortable evening. He twice came close to scoring — first when his neat flick went just over from a corner, and again with a header after 25 minutes.

DF Kieran Tierney, 9 — Scintillating debut. Displayed a good engine and was constantly up and down the left. An early marauding run was applauded by home fans while a superb dip of the shoulder on 32 minutes left his opponent on his knees. His crossing throughout the game was excellent. Received a standing ovation when substituted.

MF Lucas Torreira, 6 — A quiet evening while everyone around him shone going forward. Torreira had little to do in the way of defensive duties, but he provided a reliable first line of defence when needed.

MF Joe Willock, 7 — Tidy in possession and read the game well. He made a few tidy interceptions to snuff out Forest’s possession but added gloss to his performance when he finished a fine team move to make it 3-0. Had earlier missed a good chance to make it 2-0.

MF Emile Smith Rowe, 6 — Had a header from Tierney’s cross well saved, although he was injured in the process as he was caught by his marker and the keeper. Stretchered off.

MF Mesut Ozil, 6 — Dictated the play from the middle. Effortless. Had a shot blocked on 32 minutes and frustratingly made the wrong choice when Arsenal broke with three on two just after the hour mark.

MF Reiss Nelson, 7 — Looked dangerous on the left in the early stages. Arsenal clearly looked to him for inspiration. He hit the post with a free kick after eight minutes but got on the score sheet late on when he finished from inside the area.

FW Gabriel Martinelli, 8 — Looked busy early on and won a free kick on the edge of the area thanks to his quick feet. His superb header opened the scoring. He got in front of his marker to finish Chambers’ cross and head high into the net. Added a second late on to suggest Arsenal have an absolute star in the making.

MF Bukayo Saka, 7 — Came on just before the break following Smith Rowe’s injury. He had a good chance 10 minutes after the interval when Ozil found him with a free kick, but couldn’t get the ball out of his feet. Had a shot blocked a minute later after a neat one-two. Looked dangerous when running at defenders.

MF Dani Ceballos, N/R — Came on with 19 minutes left on the clock and slotted seamlessly into the middle of the park. Looked tidy in possession.

The USWNT needs Julie Ertz but she won’t be at the World Cup. What now?
Ancelotti calls for more respect for Vinicius Jr.
Arsenal’s FA Cup loss may sting, but the Premier League title is the real prize
Mbappe scores five for PSG in French Cup win
Sources: USA likely to host 2024 Copa America