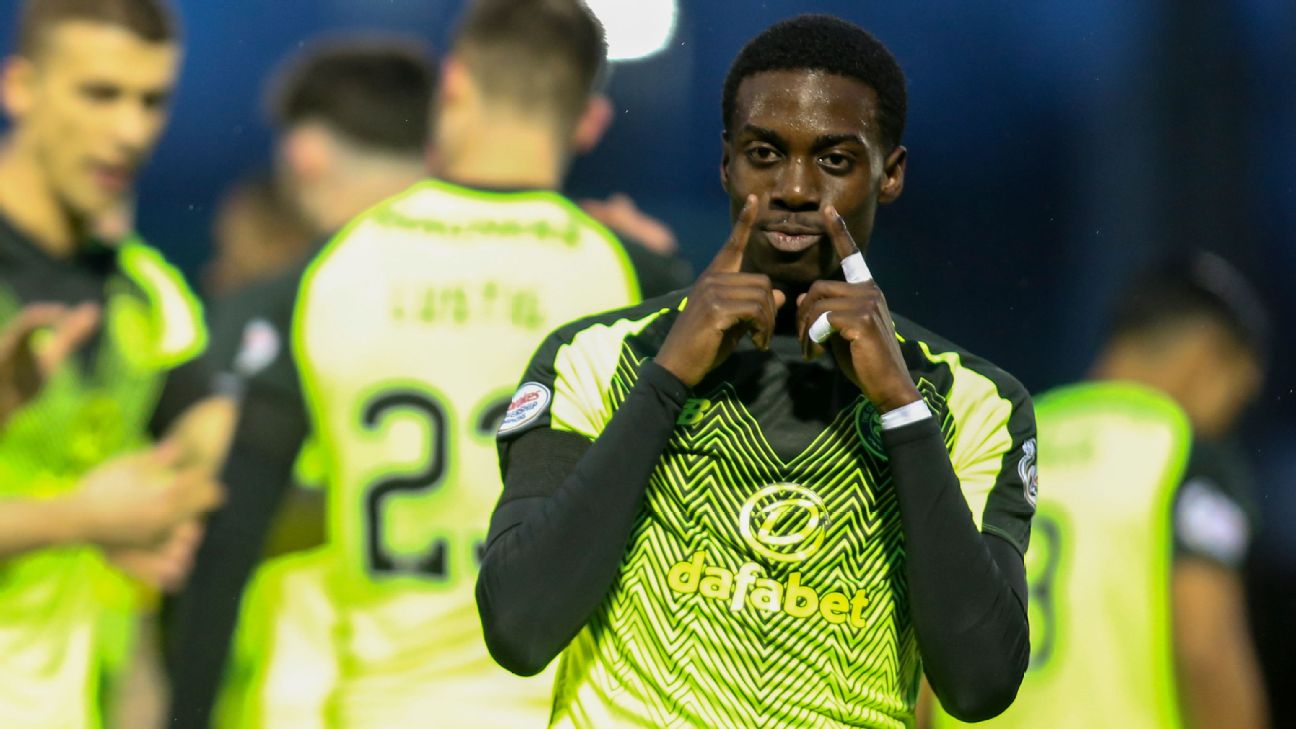 United States forward Tim Weah said it was an “amazing feeling” to celebrate a goal in his first start for two months in Celtic’s 2-0 win at St. Mirren in the Scottish Premier League on Wednesday.

The 19-year-old put Celtic ahead in the 15th minute Wednesday night with a three-yard header that bounced in off the crossbar. Mikael Lustig‘s initial shot was stopped by goalkeeper Václav Hladky, and Lustig crossed to Weah in front of the goal.

“It was an amazing feeling to get that celebration in and was great to see Ryan Christie back on the field and also scoring another goal. It was an amazing night,” Weah said on Thursday when discussing the match.

“I’m really happy for the team when I’m on the field, but even when I’m off, I’m really positive about it. I just try to keep my head up and go into training and train hard. Whenever I get game-time I try and give what I can give to the team, that’s the most important thing as we are a team. So far it’s been great and I’m really happy here. The guys have been amazing and it’s been a great experience.”

Weah had not started since Feb. 6 against Hibernian. He has three league goals in 10 matches and four goals in 13 games overall since joining Celtic on a loan from Paris Saint-Germain. He is a son of Liberia President and former FIFA player of the year George Weah.

“Obviously, because I wasn’t getting game-time where I was, being here at Celtic and getting the experience has been awesome. Being in a different league has been great. The physicality in this league has been great. It’s taught me a lot and made me stronger. I’m just taking it step by step and maturing in my game, learning from the other guys in the team.

“I love it here. I love the supporters, I love my team-mates and it’s been a great experience so far.”

Celtic have a 13-point lead over Rangers with six league games left and are closing in on their eighth straight league title.

Information from The Associated Press was used in this report.