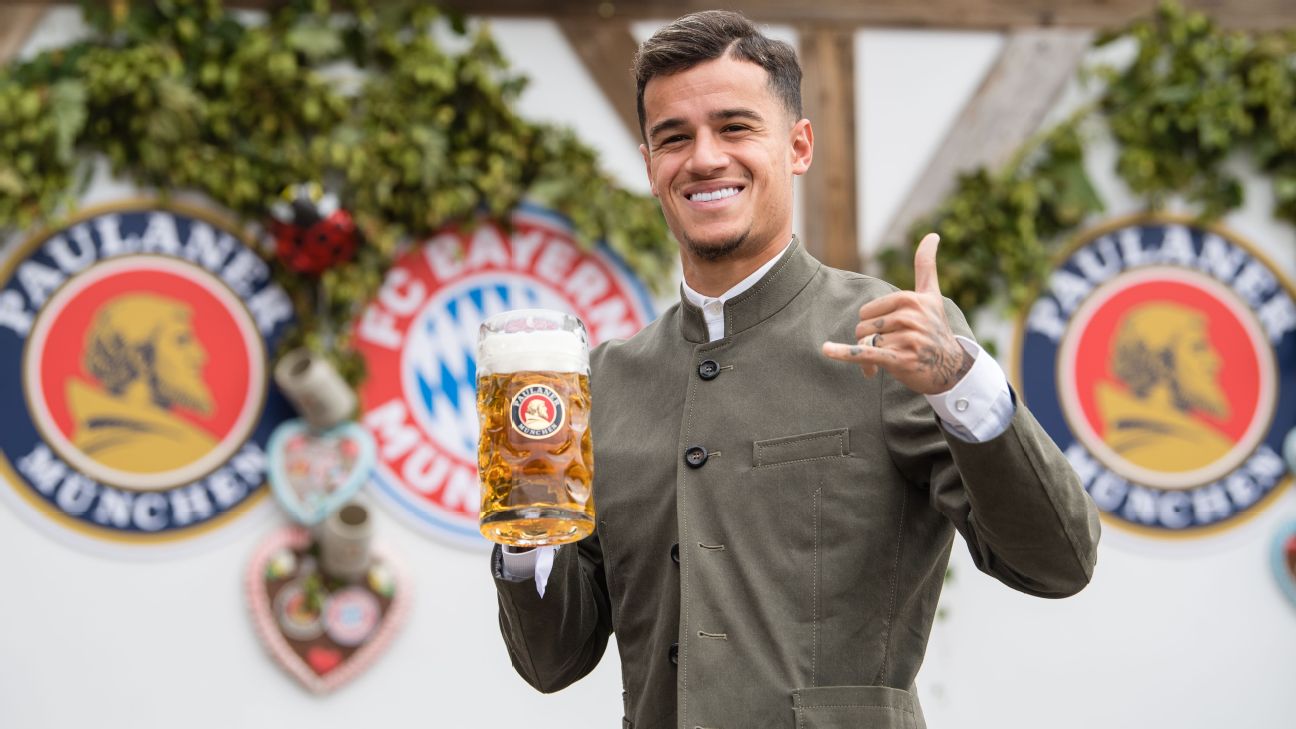 It’s the end of Oktoberfest in Munich and Bayern paid another visit to drown their sorrows after losing 2-1 to Hoffenheim on Saturday.

Sept. 2 had already seen the Bayern players gather for a promotional event, as new signings Philippe Coutinho and Ivan Perisic wore lederhosen and sloshed around litres of beer for the first time. But Sunday’s real effort took on a new dimension after Hoffenheim inflicted Bayern’s first defeat of the season just a few days after their historic 7-2 win over Tottenham in the Champions League.

Far be it for us to suggest that Bayern’s players had other things on their minds… but they clearly suffered a hangover of epic proportions from midweek’s celebrations. And the only way to get rid of that is the hair of the dog.

With the news last week that ESPN+ will be the new home of the Bundesliga in the United States, after reaching a multi-year agreement that will begin in August 2020, we can only hope that there is a live streaming of the Oktoberfest event next year!

But who was there this weekend to strut their stuff in the famous lederhosen?

Aston Villa were given the royal treatment on Saturday as several of their most famous fans watched their 5-1 dismantling of Norwich City.

Indeed, Prince William was in the stands at Carrow Road where he was joined by his children, Prince George and Princess Charlotte.

Our Prince George very excited over a goal scored by Aston Villa this afternoon.

The Duke and Duchess of Cambridge are watching Villa away with Prince George and Princess Charlotte! #Royal #TheCambridges #CambridgeFamily #AVFC #PrinceGeorge pic.twitter.com/1BUgY8XNFp

They picked a good match to attend too. Young George — dressed in Villa colours — was particularly excited to see his side power five goals past the Canaries.

The Duke of Cambridge, who is also president of the FA, has long been a fan of the West Midlands side and it would appear that he has made sure to pass on his allegiances to his son.

Not only is VAR spoiling the immediacy and flow of football matches for many fans, it’s now ruining peoples’ birthday parties too.

This West Ham fan was busy celebrating his mum’s birthday when, with one eye on the television, he was visibly dismayed to see Crystal Palace’s 87th-minute winning goal survive a VAR check.

And you all thought it was lost! #cpfc pic.twitter.com/MHlshuzByB

Palace went on to win 2-1 at the London Stadium after Jordan Ayew’s decisive goal was allowed to stand after a potential offside went to the video referee.

The shake of the head says everything… but somewhere in the world a Palace fan was also celebrating someone’s special day at the same time, so everything evens out.