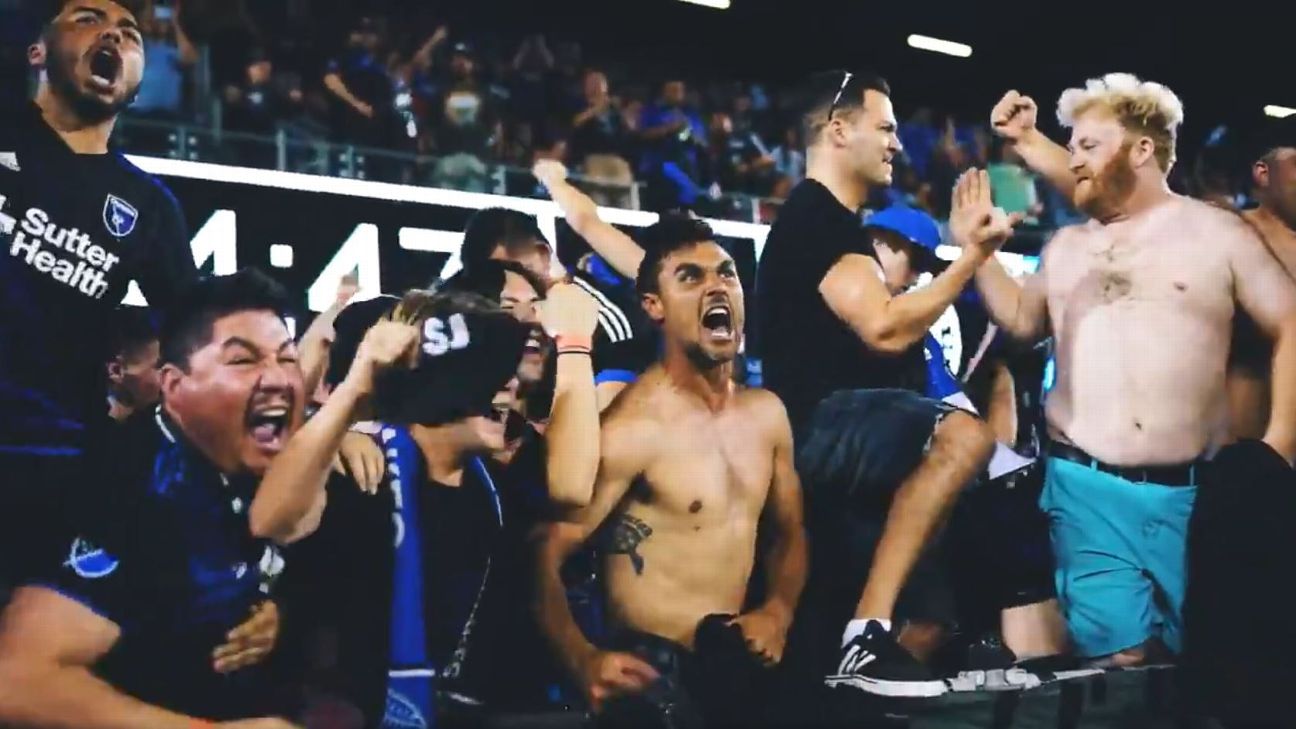 The veteran forward, who happens to be MLS’s all-time record goal-scorer, was shown the first red card of his 15-year professional career during the Quakes’ previous outing, a 3-1 loss against reigning champions Atlanta United.

However, rather than simply stay home and watch the game on ESPN+ (stream the replay in the U.S.), Wondolowski decided to throw his full support behind the his teammates and urged fellow fans to join him and the San Jose Ultras behind the goal at the Avaya Stadium.

We have a massive game tomorrow night and we need every fan there! I’ll be with the @SanJoseUltras in full voice. Please come join us or at least come say hi!! #Ilovethisteam #unity

Sure enough, Wondolowski was in the crowd and even helped lead the chanting before kick-off.

In fact, the people’s champion seemed to attract quite a following as one of the 16,652 attendees.

Clad in black, the striker roared his teammates on from the terraces as the game got under way.

San Jose nudged themselves ahead in the 35th minute. Jackson Yueill‘s opening goal sparked so much passion in Wondo that he just had to strip to the waist and twirl his shirt above his head.

Unfortunately, the lead didn’t last as Union scored twice in the space of six second-half minutes to purloin a 2-1 away victory.

Still, it didn’t dampen the atmosphere, with Earthquakes saluting their exiled hero after the final whistle.

In the stands with our supporters.

Indeed, the result was enough to see Earthquakes drop down into eighth place in the Western Conference, one rung below the play-off line with two games of the regular season left to play.