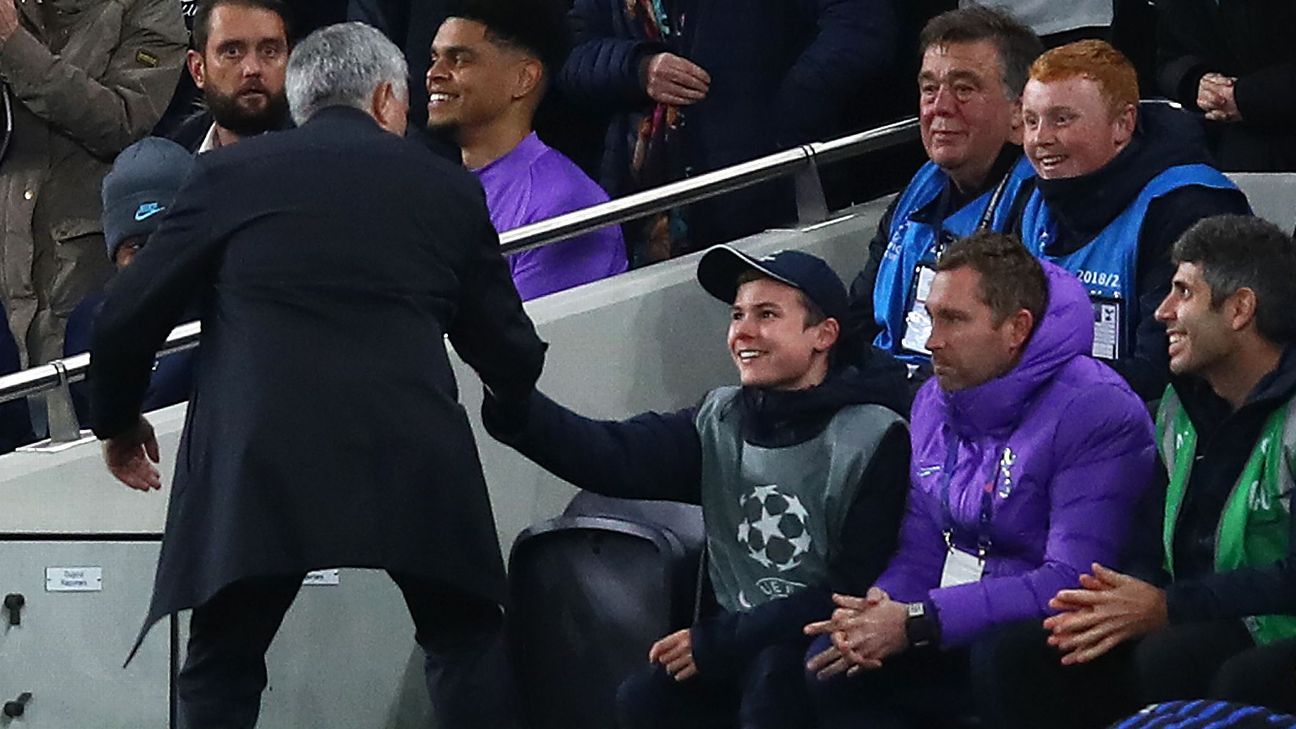 The Tottenham ball boy who was praised by Jose Mourinho for his heads-up thinking during Spurs’ thrilling 4-2 Champions League victory over Olympiakos on Tuesday has said the Portuguese coach’s high-five following the goal he helped create not only made his day, but his “life.”

Fifteen-year-old Callum Hynes started a Spurs move that led to the side’s 50th-minute equaliser against the Greek side by quickly supplying Serge Aurier with a ball to put back into play. Aurier then found a streaking Lucas Moura who eventually cut back for Harry Kane to pull Spurs even at 2-2.

Mourinho congratulated Hynes with a high-five for the assist while the team celebrated the goal. And on Wednesday, Hynes expressed his appreciation for the public acknowledgement.

“It’s all a bit surreal,” Hynes told Tottenham’s website on Wednesday. “I was just doing my job and I still can’t quite believe what happened.

“I didn’t even see the goal! I was busy getting the ball that had come off and then I heard the cheer. I turned around and Harry was celebrating.

“I looked at the replay on the screen and watched exactly what happened. You can see from my smile it was just unbelievable. Jose didn’t have to do that. It was really nice of him to come over to me. It’s made my day, my life, really! I love Spurs and it was an amazing moment I’ll never forget.”

Jose Mourinho at Tottenham is a new man 🙌pic.twitter.com/rwR8dMAPyo

After the match, Mourinho singled out Hynes for his part in the move. But his in-game gesture was more than enough, said Callum’s mum, Keeley Hynes.

“We were in the stadium and saw Jose go over to Callum. We just thought it was going to be a high-five and didn’t expect any more than that but then both of our phones started pinging!” she told the website.

“The smile on Callum’s face! It was such a lovely thing that Jose did to say thanks like that. Callum always says that by sitting on the touchline watching these players he learns so much and takes it all away with him for his own football. I’m so proud of him.”