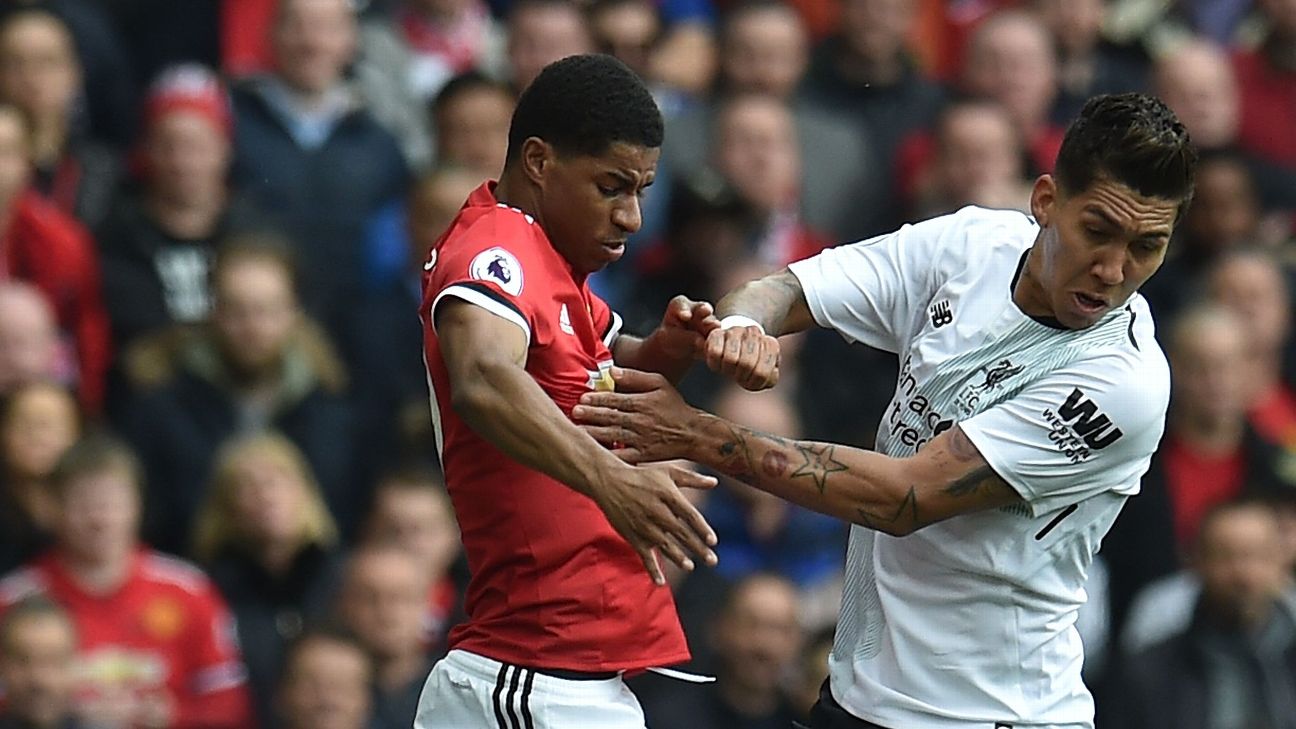 Barca would target Rashford over Firmino

He has hardly been banging them in for Manchester United so far this season, but reports in Spain suggest that Barcelona would still prefer to sign Marcus Rashford rather than Liverpool sensation Roberto Firmino. Mundo Deportivo claim that Barcelona are drawing up a list of candidates to replace Luis Suarez as the clock ticks down on the Uruguayan’s time at the Nou Camp.

Rashford has struggled for United so far this season but is far from alone as Ole Gunnar Solksjaer’s side have suffered their worst league start in living memory. That, though, hasn’t put off Barca, who apparently rate him over the Liverpool striker — a player that has been instrumental in Jurgen Klopp’s side’s stunning start to the season.

The rumours linking Rashford with a move to Spain are nothing new. He reportedly held talks with Barca in the summer before putting pen to paper on a new mega-deal with United in July. That deal runs to 2023, with the option of an additional year should club and player decide on one.

If Barcelona come calling, though, then who knows? Particularly given United’s current struggles — and Champions League ambitions which are becoming more and more distant by the week.

Jorginho’s agent refuses to rule out Serie A return

He may be flying at Chelsea after a difficult first season at Stamford Bridge, but now Jorginho‘s agent has sparked speculation that the Italian international could soon be heading back to Serie A.

The defender has enjoyed a new lease of life under Frank Lampard and has carried that form into the international break, scoring a penalty for the Azzurri on Saturday as they defeated Greece 2-0 to secure their place at next year’s European Championships. However, in an interview with Radio Sportiva (via the Mirror), Joao Santos refused to rule out the player returning to the Italian league, potentially as early as next season.

“It has certainly been a positive year for Jorginho,” he said. “He is doing well for the Nazionale and can take part in the Euros. He always converts his penalties, I am very happy for him, as he is working so hard every day. I think Jorginho can do very well at the Euros and, why not, also at the next World Cup. As for a return to Serie A, anything is possible, and he will always feel the desire to come back home.”

Enjoy him while you can then, Chelsea fans.

– It could be a quiet few months of winter transfer speculation at Barcelona. No, really. Marca report that the Spanish giants only target will a new right-back and the club’s board and coaching staff believe they have a squad strong enough to sustain them until the 2020-21 season. The paper report that Barca will watch the January transfer window with interest but won’t be delving into their pockets to splash the cash. Unless a right-back capable of supplementing the club’s first choice in that position, Nelson Semedo, becomes available.

- Javier Pastore could be on his way back to Argentina, joining the host of stars who are currently handing the South American league a major boost. The Roma man, and former Paris Saint-Germain defender, has endured a difficult time in the Italian capital since arriving at the club last summer and now could be looking for a way out. And CNN Deportes (via Tuttosport) report that Racing Avellaneda could be prepared to offer him just that. There’s a distinct link behind the rumour too, with the Argentine club’s technical secretary, Diego Milito, having played with Pastore for the national side.