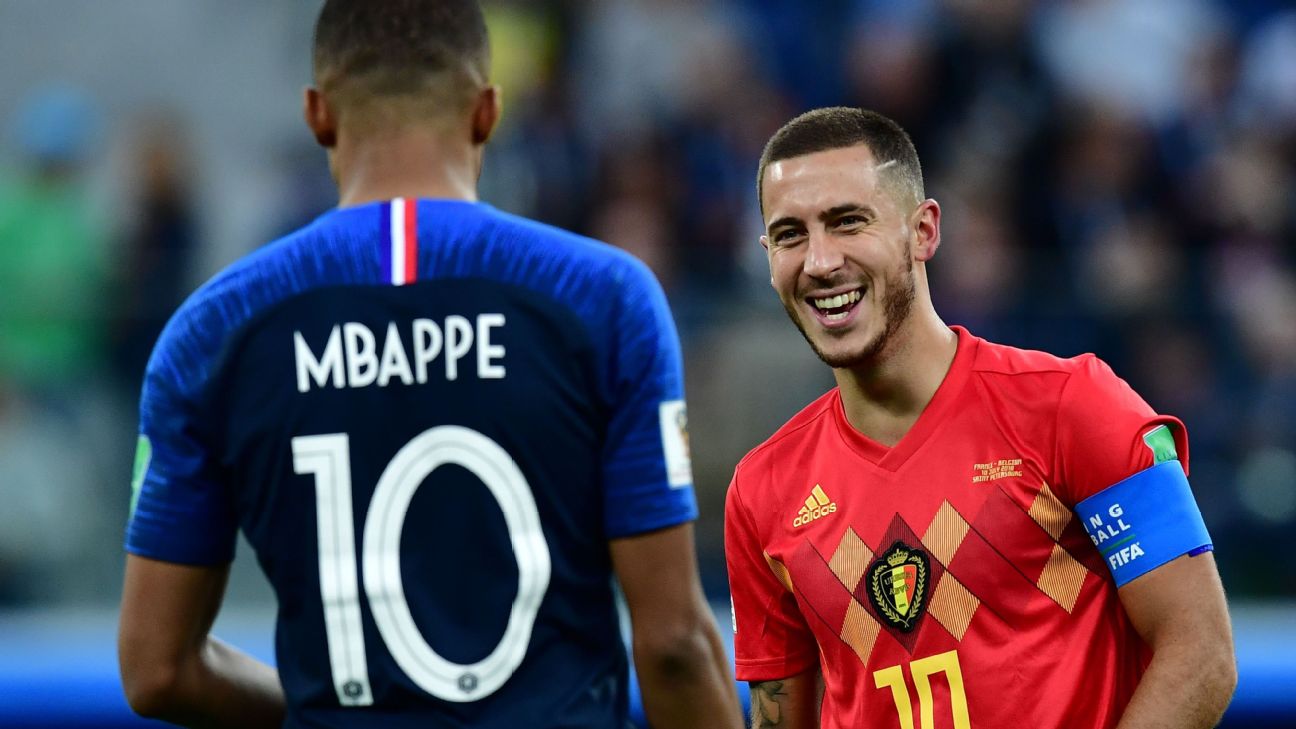 Hazard warning ahead for PSG

Kylian Mbappe‘s list of admirers grows longer by the week. First, more than 40 ESPN FC experts from around the world ranked the French star as the No. 3 forward in the ESPN FC 100,  and now Belgian star Eden Hazard has joined Mbappe’s growing legion of fans.

The Real Madrid star admits that he’s a big fan of PSG’s prize asset and, in an interview with Le Parisien, Hazard even suggested that if he could help the move happen by tempting Mbappe to join him, he would do it.

Hazard’s boss Zinedine Zidane has made no secret of his desire to bring the sensational Frenchman to the Spanish capital to line up alongside Hazard, although the Los Blancos supremo also knows it would probably take a very high fee, perhaps a record deal, to do so.

Mbappe is contracted to the Parisiens until 2022 but has openly admitted he is up for a new challenge, and Real are one of few clubs who would be able to afford to land one of football’s hottest properties.

A homecoming for Umtiti would effectively end Arsenal’s hopes of signing the highly rated defender, who is currently tied down to a long-term deal at Barcelona.

The Spanish publication quotes the French international as saying: “Returning to Lyon is a possibility, as a player or as a coach.”

Umtiti played for the Ligue 1 side for five years before joining Barcelona in 2016.

– The Liverpool hierarchy have given Rhian Brewster the green light to depart on loan, according to the Daily Star.

In addition to Aston Villa’s interest, the paper claims that the 19-year-old is being targeted by the likes of Swansea, Leeds United and Crystal Palace, after failing to make a single Premier League appearance so far this season.

– Carlos Sanchez could be headed for a January exit from West Ham, after making just a handful of Premier league appearances this season, according to the Daily Mail.

The 33-year-old, who has been capped 82 times by Colombia, featured in the final half-hour of West Ham’s 3-2 home defeat to Tottenham yesterday — his first outing for the club since a trio of appearances from the bench in August.

– Juventus are keeping tabs on Swedish starlet Dejan Kulusevski, with sporting director Fabio Paratici watching him in action for Parma against Bologna this weekend. That is according to Calciomercato, who also say Inter are monitoring the €30 million target.