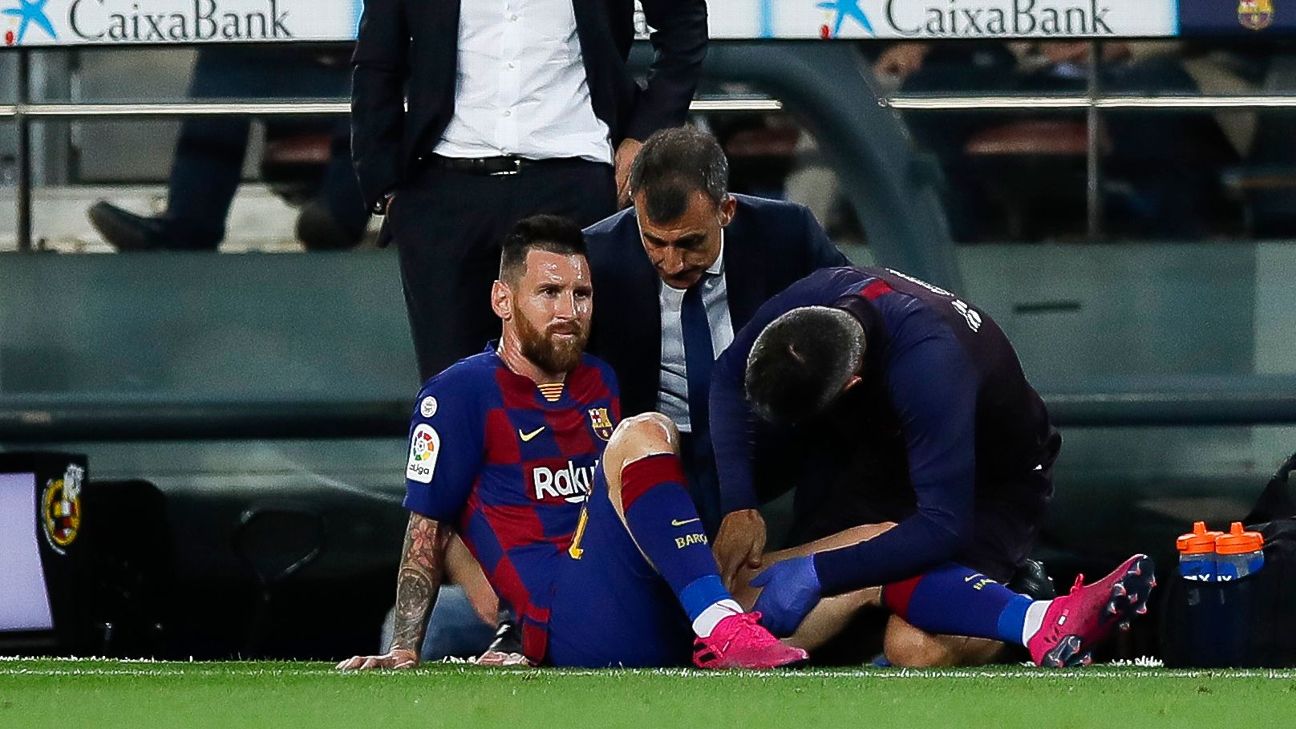 Barcelona defender Gerard Pique blamed the club’s preseason trips to the United States and Japan for their shaky start to the season.

The Catalans narrowly beat Villarreal 2-1 on Tuesday to provisionally move up to fourth in La Liga with 10 points from six games.

Barcelona have not won away from home all season and failed to keep a clean sheet in the league.

“We have not been able to train a lot, we have had too many trips and it shows, there are players who are still not in form, others who have [injury] discomfort,” Pique told reporters. “The preseason we had has not helped us, but this is Barca and there are no excuses.”

Lionel Messi missed the first four games of the season with a calf injury. He made a comeback off the bench against Borussia Dortmund in Champions League last Tuesday but was forced off with a groin problem in his first La Liga start on Tuesday and is doubtful for Barcelona’s trip to Getafe this weekend.

“Look at what has happened to Messi now,” Pique said. “I do not know how serious his injury is and I hope it is the least injury possible and that he will be the least amount of time out. It is not easy to make changes in the state that we are in right now. And you could include the preseason in that because it caused the consequences we are feeling now.

“The beginning of a season so ill-planned and the bad feeling from last season and the unhappiness from the Liverpool match form the perfect storm for my comments. People need to understand that we are not machines and we also have our own lives and personal problems that also affect us that people know nothing about. We always put forth top desire and effort in spite of all that.”

Barcelona played Chelsea and Vissel Kobe in Japan in July, before heading back to Catalonia to host Arsenal in the Joan Gamper Trophy.

The Spanish champions then flew to the United States to play Napoli twice, in Miami and Michigan. Six days later they travelled to face Athletic Bilbao in La Liga’s opening game, where they capitulated to a 1-0 defeat.

Luis Suarez suffered an injury in the game and recently returned, but has struggled to find his best form. Some supporters whistled the Uruguay international off against Villarreal as he failed to make an impact.

“I understand that fans have their opinion and express it, but I wouldn’t pay too much attention to it,” added Pique. “We would like to win every game by four or five goals but it’s not always possible.”