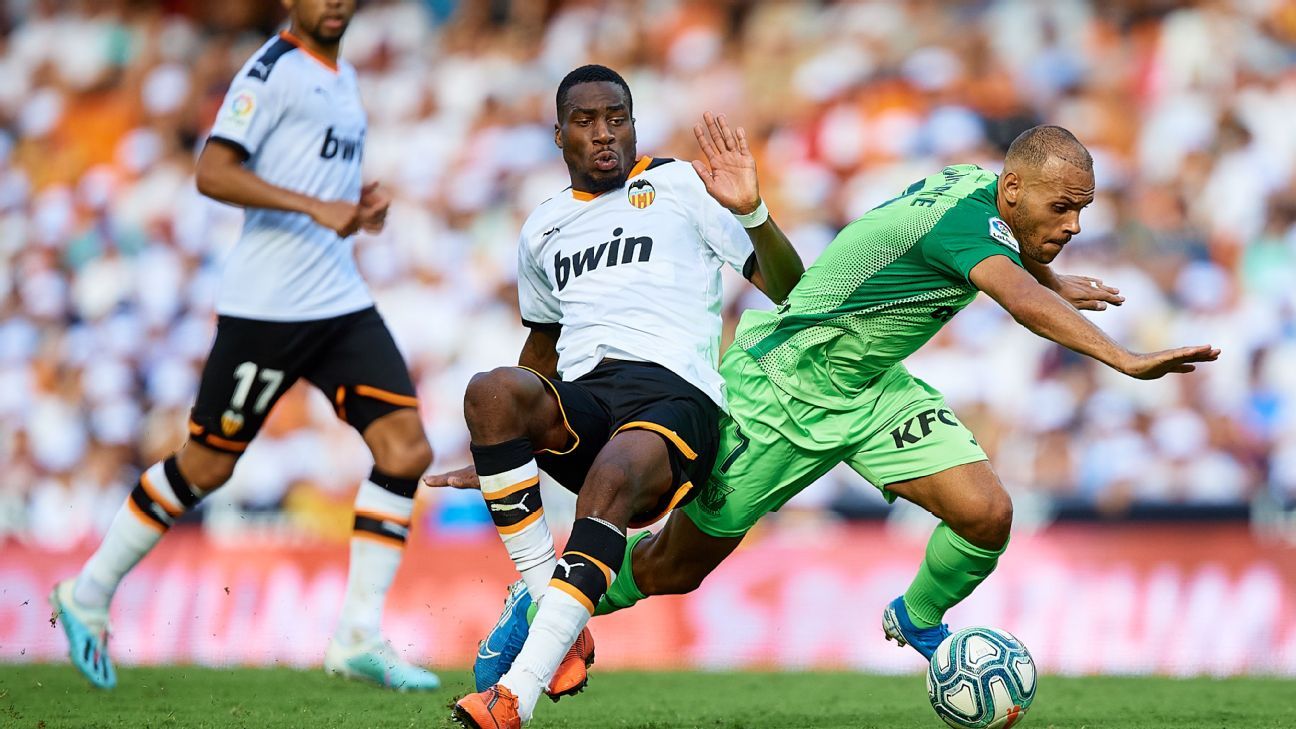 Troubled Valencia’s joy at beating Chelsea in the Champions League in midweek was punctured by a disappointing 1-1 draw at home to basement club Leganes in La Liga on Sunday.

Valencia took the lead in coach Albert Celades’ first home game when Daniel Parejo slammed home a penalty in the 21st minute after Rodrigo was felled by Ruben Perez.

Leganes had failed to pick up a point in their previous four games but they levelled in the 35th through Oscar Rodriguez, who struck the post from a free kick moments after Valencia’s goal.

Valencia were thrashed 5-2 at champions Barcelona last week in Celades’ first game since the popular Marcelino was sacked, although the team were buoyed by earning a 1-0 win at Chelsea in their first Champions League group game on Tuesday.

They struggled to kick on from that win, however, creating few chances against Leganes, although Rodrigo was inches away from finding a winner in the closing stages when he narrowly failed to provide a final touch to a cross from Ferran Torres.

Valencia are 13th in the La Liga standings with five points after five games, while Leganes are bottom with one.

Real Sociedad climbed to third place by winning 3-1 at Espanyol, moving on to 10 points alongside second-placed Sevilla and surprise leaders Granada, who pulled off a shock 2-0 win over Barca on Saturday.