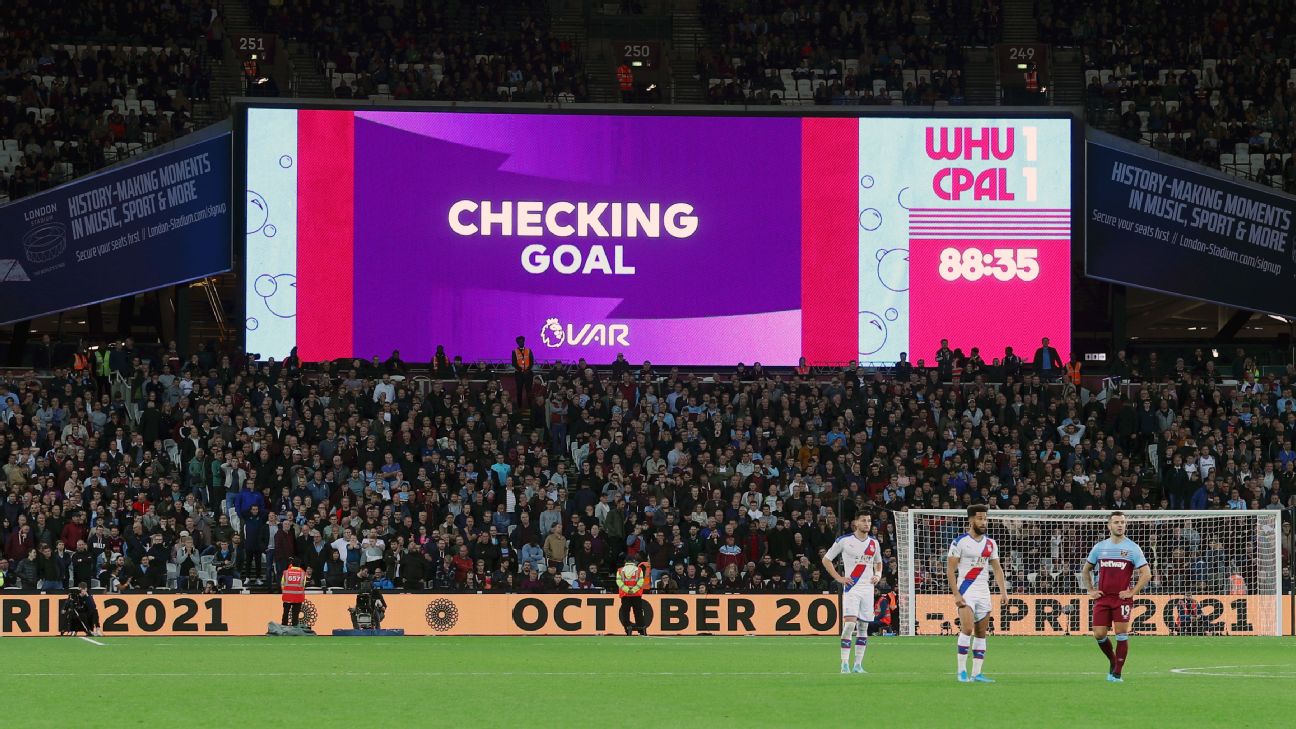 The Premier League has committed to improving supporter experience with VAR, but has resisted pressure to use pitchside monitors unless an exceptional case arises.

Both Premier League and PGMOL, the referees’ body, committed to “improving the consistency of decisions, speeding up processes and increasing communication to fans” and said that VAR should be under constant review.

However, there was no commitment to make any significant change to VAR protocol for this season but research will take place to canvas the views of fans and stakeholders.

Representative of all 20 clubs met in central London on Thursday for the league’s regular meeting, and the four-hour summit was dominated by VAR as refs’ chief Mike Riley was quizzed.

Riley told the meeting that the accuracy of decisions on key match-changing incidents had been improved from 82% last season to 91%, but he accepted improvement is required and that “speed and consistency of decision-making are priority areas of work and will improve as the officials become more experienced with the technology and protocols.”

Controversially, pitchside monitors, which by IFAB protocol should be used by the match referee to review subjective decisions, have not been called into action once in 120 Premier League games. But calls for a change in policy have been rejected because ”the pace and tempo of Premier League football remains an important focus for clubs.”

However, the Premier League has accepted that communication for supporters inside the stadia and watching around the world is a major issue, and it plans to provide more precise information via screens inside grounds and to broadcasters to clearly state the offence that is being checked.

A statement from the Football Supporters’ Association said: “We’ve made clear to the Premier League that match-going fans have been left behind when it comes to VAR use in stadiums and it needs to be urgently addressed.

“We hope today’s announcement leads to an improvement for fans in the stadium and we’d also like better communication via PA systems and even pitchside advertising hoardings.”