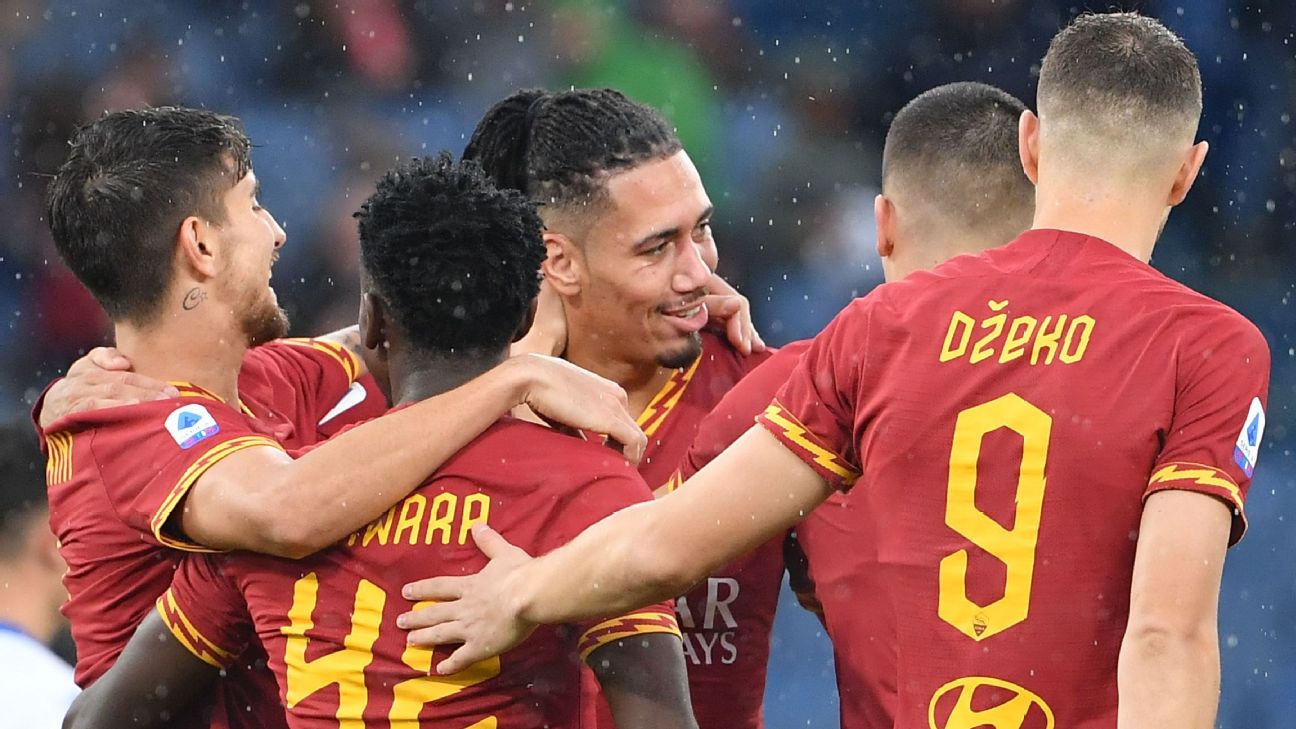 After an eventful international break, club football made its comeback with some quality games around Europe. Here are the best numbers from the weekend’s action.

Manchester City saw off a battling Chelsea, Jose Mourinho started his Tottenham reign with a win, Man United played out an absolute thriller against Sheffield, and Arsenal eked out a draw at home against Southampton. And Liverpool won, of course.

José Mourinho lost his first ever competitive game as manager, with Benfica in September 2000, but since then has not been beaten in his first game in charge at each of his seven clubs. (incl. the two spells at Chelsea). Mourinho’s won five, draw three such games..

Liverpool are unbeaten in 30 PL matches (W25 D5); only Arsenal (49 games in October 2004) and Chelsea (40 in October 2005) have ever had longer runs without defeat in the history of the competition.

For the first time ever, a Pep Guardiola side had less possession than their opposition. Manchester City’s possession figure of 46.74% is the lowest recorded by a side managed by Guardiola in any of his 381 top-flight matches in charge.

The top three – Juventus, Internazionale, Lazio – all won. As did Roma, thanks to a certain defender deemed surplus for needs at Manchester United.

Chris Smalling is the first English player to score at least two goals in the same Serie A campaign since David Beckham (2008/09 for AC Milan). He scored one and assisted the two other as Roma beat Brescia 3-0.

Inter have won 11 of the first 13 Serie A games current season: the Nerazzurri have never done better at this stage of a top-flight campaign, having achieved this result only in 1950/51.

Despite a loss to Union Berlin, Borussia Monchengladbach continue to top the table. RB Leipzig and Bayern Munich, though, closed the gap with convincing wins. The story of the weekend, though, came from Hoffenheim.

A funky stat, this. Mainz are the first team in Bundesliga history to score 4 goals in an away game after going a man down. The score was 1-0 to Mainz when Bote Baku was sent off in the second minute of added time at the end of the first half, but 10-man Mainz put all 11 men of Hoffenheim to the sword to win 5-1.

Before this game, Hoffenheim had been 6th, Mainz had been 16th.

A stuttering Barcelona hung on to their lead at the top of the table with a narrow 2-1 win over Leganes, while Real Madrid remained level (one behind on Goal Difference) with a rather more convincing display against Real Sociedad.

Barcelona have one goal from open play in the month of November in UEFA/league play – that’s fewer than 72 different teams who participate in Europe’s top 5 leagues and/or UEFA Champions/Europa Leagues. For example, F91 Dudelange, a Luxembourgish team, has more goals from open play (2) than Barcelona.

An unwelcome record for the other big club from Barcelona. Espanyol are the first team to have conceded 4000 goals in La Liga history. They drew 1-1 with Getafe on Sunday.

This is an unexpected one. Luka Modrić has been involved in three goals in the same game for Real Madrid in all competitions for the first time ever (one goal and two assists against Sociedad).

Meanwhile, only Lionel Messi (29) and Robert Lewandowski (28) have scored more goals than Karim Benzema in the top five European leagues in 2019 (25, level with Kylian Mbappé).

Flamengo are the champions of South America. They beat Argentine giants River Plate 2-1 in the final.

In the process, their Portuguese coach Jorge Jesús became the second ever non-South American manager to win the Libertadores title (after Yugoslav/Croatian Mirko Jozić with Colo-Colo in 1991).

Cristiano Ronaldo’s dodgy knee saw him sit out Juventus’ trip to Atalanta. Lionel Messi, meanwhile, provided the assist (off a freekick) for Luis Suarez to score the equalizer at Leganes. That’s 5 assists now, to go with his 8 goals, in 8 league games this season.

In case you were wondering — of course you were – Ronaldo hass scored 5 goals and made 1 assist in 10 league games.