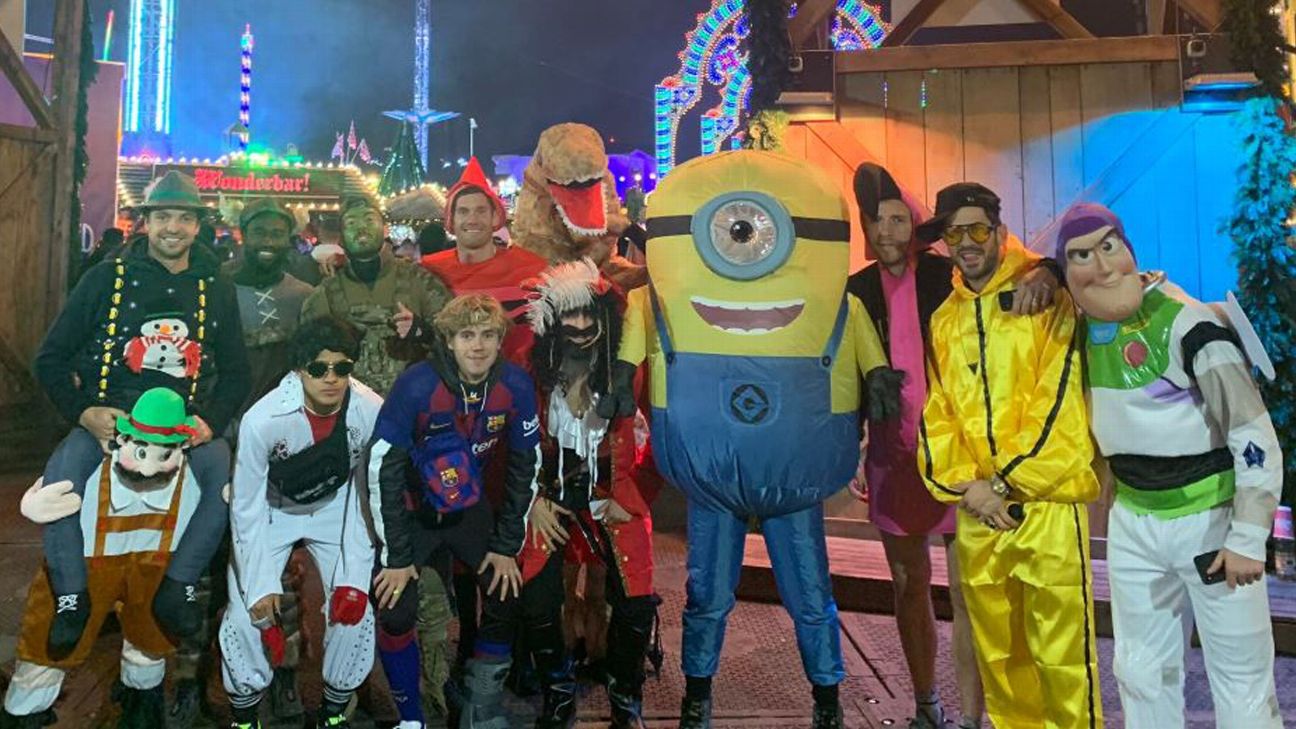 Among the Buzz Lightyear, Elvis Presley and Minion costumes, a lookalike for Barcelona forward Antoine Griezmann stood out at one Premier League club’s festive shindig…

With an eight-day break in their schedule ahead of the hectic period of festive fixtures, it’s the perfect time for Premier League clubs to have their Christmas parties.

At the weekend, Leicester City popped over to the Danish capital of Copenhagen for a night on the town dressed as various Disney characters, and Norwich City followed suit on Monday evening.

The Canaries squad decided to hold their own fancy dress shindig at Winter Wonderland in London’s Hyde Park.

Costumes ranged from Buzz Lightyear to Elvis Presley via a flamingo and a giant inflatable yellow Minion — though it was Todd Cantwell who stole the show with an inspired piece of mimicry.

The 21-year-old, who was catapulted to prominence earlier this season by his goal in September’s scintillating 3-2 win over Manchester City, dressed up as Barcelona star Antoine Griezmann.

Cantwell’s outfit was as efficient as it was effective — he simply donned a Barcelona shirt and let his tousled blonde locks do the rest.

With the Norwich midfielder having also scored against Chelsea and Everton in the Premier League this season, and Griezmann enduring a lean spell at Barca, how long before the Cantewell-to-Camp Nou rumours begin?

Manchester United stars get suited up for gala dinner

Manchester United held a charity gala dinner on Monday night, which was attended by Ole Gunnar Solskjaer and the majority of his team.

The evening was organised as a fundraiser for both the United Foundation and UNICEF, with the live auction and raffle raising a record-breaking amount of money for the two causes. 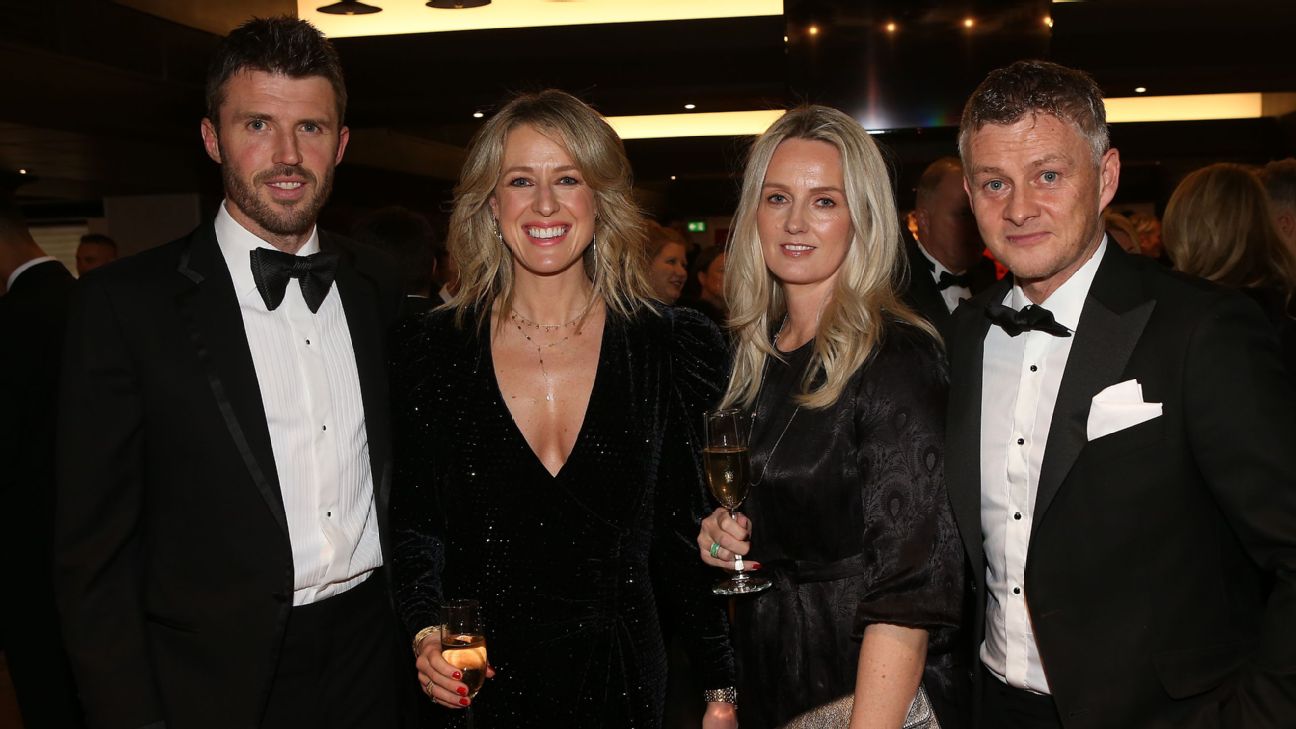 Solskjaer was there along with his wife Silja, his assistant manager Michael Carrick and Carrick’s wife, Lisa. 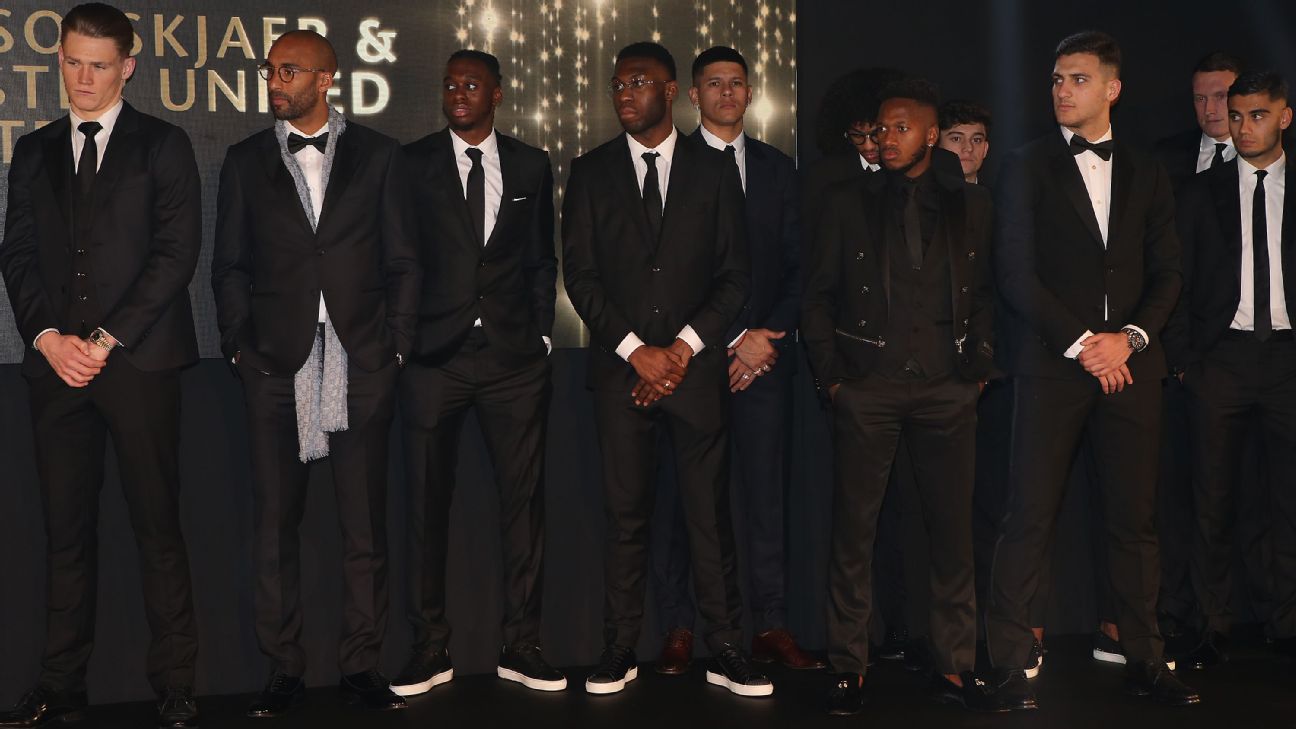 Most of the first team was in attendance to, though David De Gea and Paul Pogba were among the notable absentees. But no matter, as reserve goalkeeper Lee Grant‘s masterful accessorising added a touch of class to proceedings. 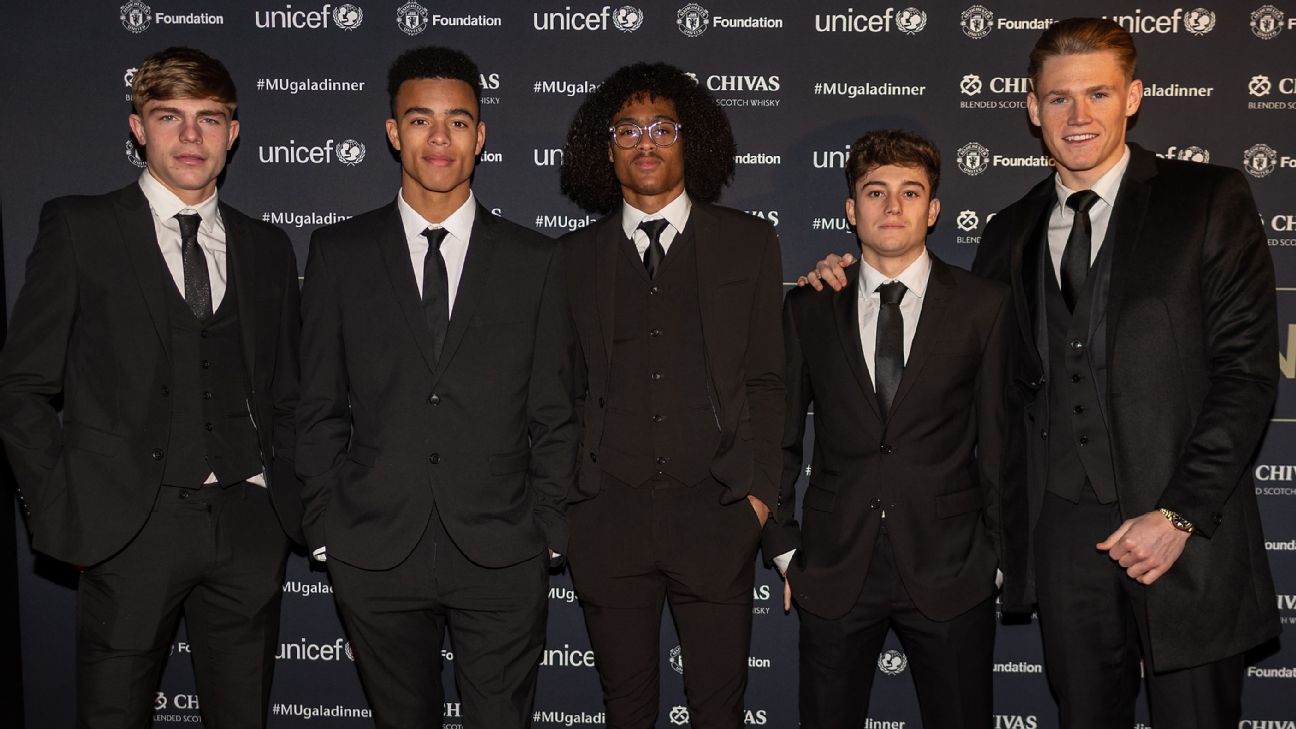 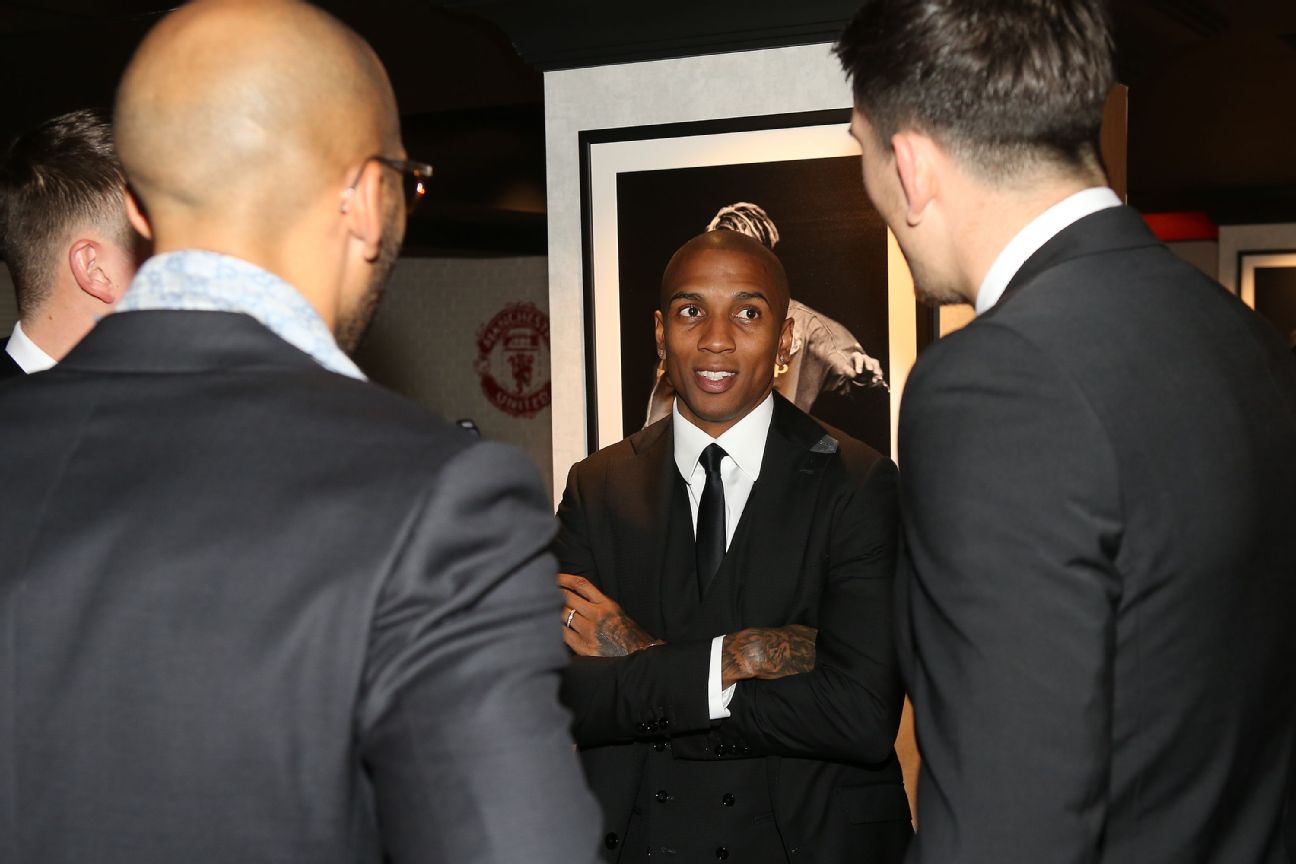 Club captain Ashley Young found himself among the land of giants at one point. 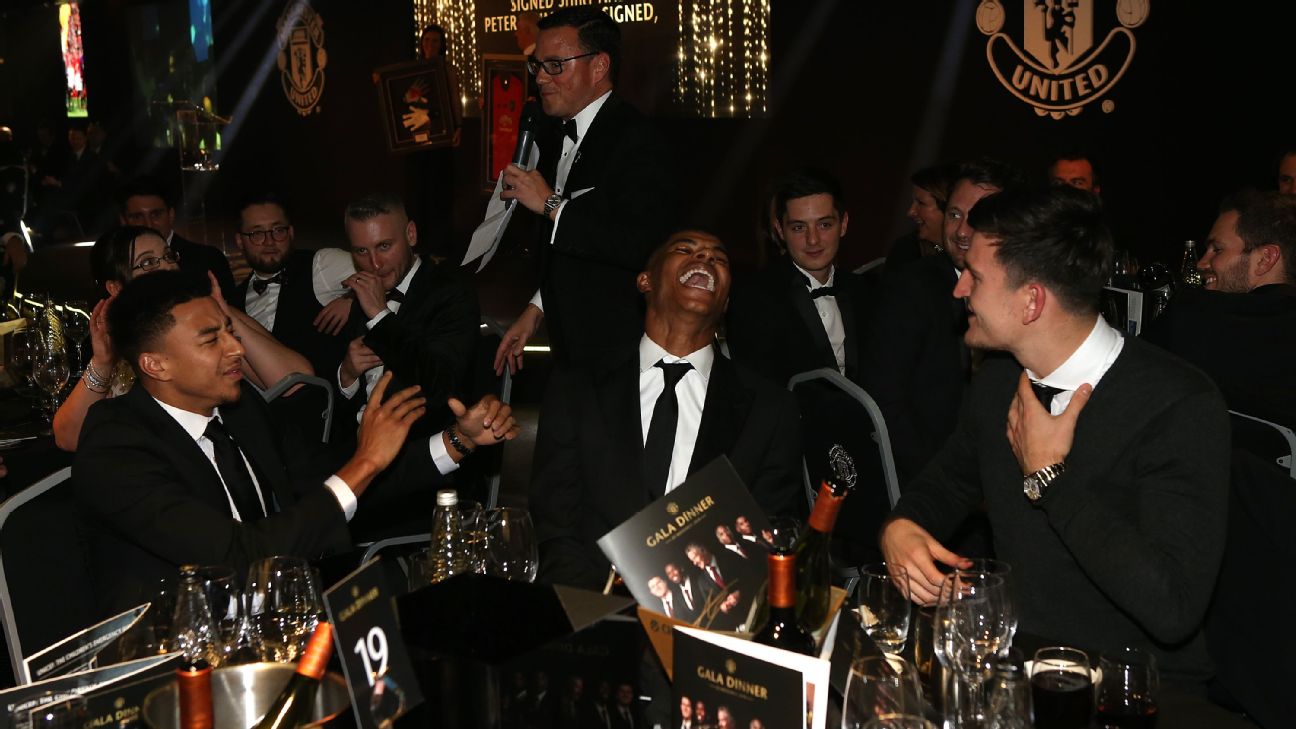 Back at the table, Harry Maguire‘s best after-dinner anecdotes went down well with Marcus Rashford and Jesse Lingard.

After totting up the donations, United were able to confirm that an impressive £266,000 was raised on the night, around £35,000 more than the total raised last year — all of which will be split between the two aforementioned charities.

All in all, a jolly fine effort from everybody involved.

Thanks to everyone that came along last night.. great to have the boots back on! @StockportTownFC @PFAacademy#RobbieReturns ⚽️👟 pic.twitter.com/IgEnO6xmrM

Just when they thought the coast was clear, non-league referees emitted a collective sigh this week upon the news that Robbie Savage has come out of retirement at the age of 45.

Eight years after calling time on his career, Savage returned to the pitch on Monday night to play for Stockport Town in their North West Counties Football League (NWCFL) First Division South game against Oswestry Town.

Having started the night on the bench, Savage ultimately made a winning return to the fold, coming on as a substitute for the final 20 minutes and helping to see out a 3-2 victory.

Amazingly enough, Savage avoided adding to his career total of 89 yellow cards, which is still the seventh-highest tally in Premier League history.

The former Wales international last played professional football in May of 2011, when he turned out for Derby County in a Championship match against Reading.