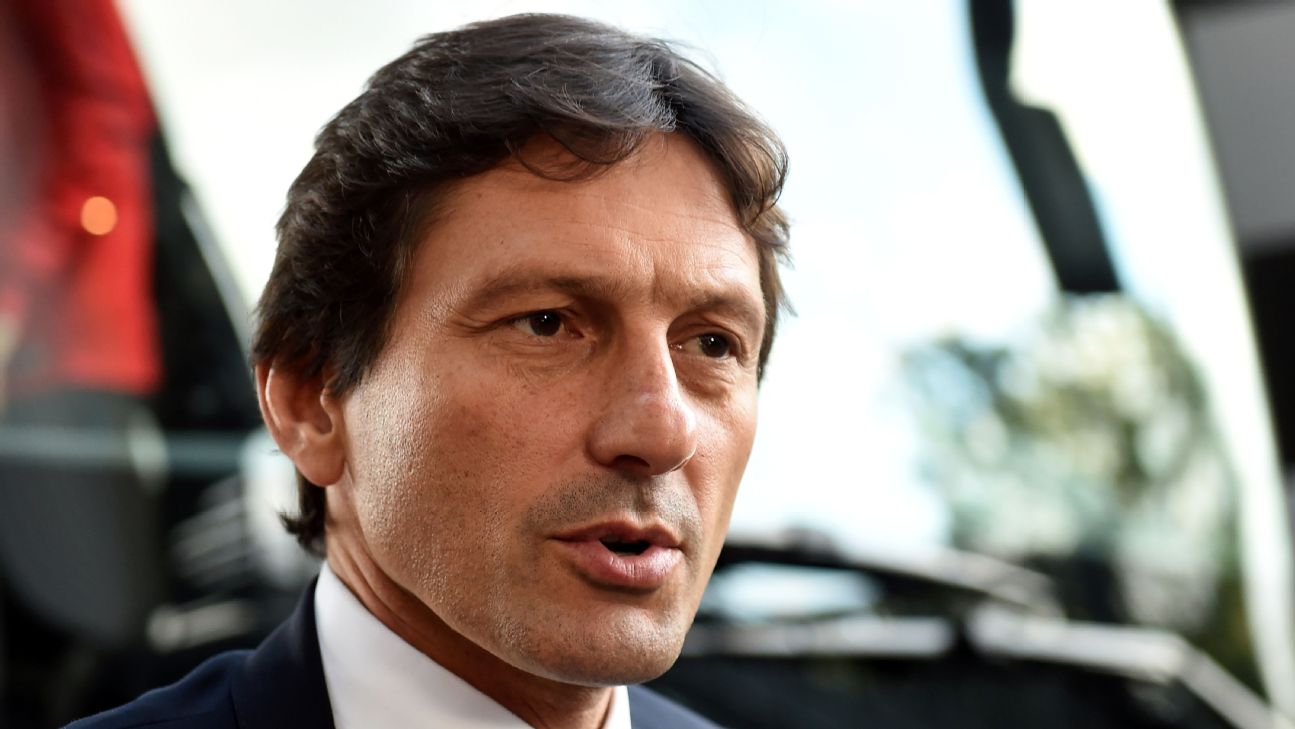 Paris Saint-Germain sporting director Leonardo has hit back at Zinedine Zidane after the Real Madrid boss spoke about Kylian Mbappe’s childhood dream to play for the Spanish giants.

Zidane discussed Mbappe’s reported admiration for Madrid as a child during a news conference on Tuesday ahead of Wednesday’s Champions League clash with Galatasaray, and Leonardo was less than happy.

“Honestly, it is a bit irritating,” the Brazilian said after a 1-0 win over Club Brugge at Parc des Princes confirmed PSG’s safe passage into the Champions League latter stages. “I think it is not the time to talk about it.

“First of all, Kylian is a player under contract with us for two and a half more years. Speaking all the time about dreams and will, I think it is time to stop a bit.

“Kylian is very important for us — he is the best young French player, a world champion and one of the best players in the world. This is not the time to knock him and destabilise him. Honestly, it is time for this to stop.”

Leonardo also said that, despite big interest in Mbappe, the 20-year-old is going nowhere anytime soon.

“Everybody wants him,” Leonardo said. “However, nobody can get him.”

“Look, I even saw something about us talking about a departure and all of that,” he said to RMC Sport. “We are in direct contact, all the time and about everything.

“It is true Thomas was already here when I arrived, there are many things we still need to know about each other. However, this is how it works between a sporting director and a coach who was already in place. The coach has his ideas and that is very important.

“Aside from that, I was never contacted by anybody — he has never asked me to leave and I have never told him anything. There is no story — nothing at all.”

The Ligue 1 giants travel to Real Madrid next in Champions League Group A, knowing a draw or better will ensure top spot.