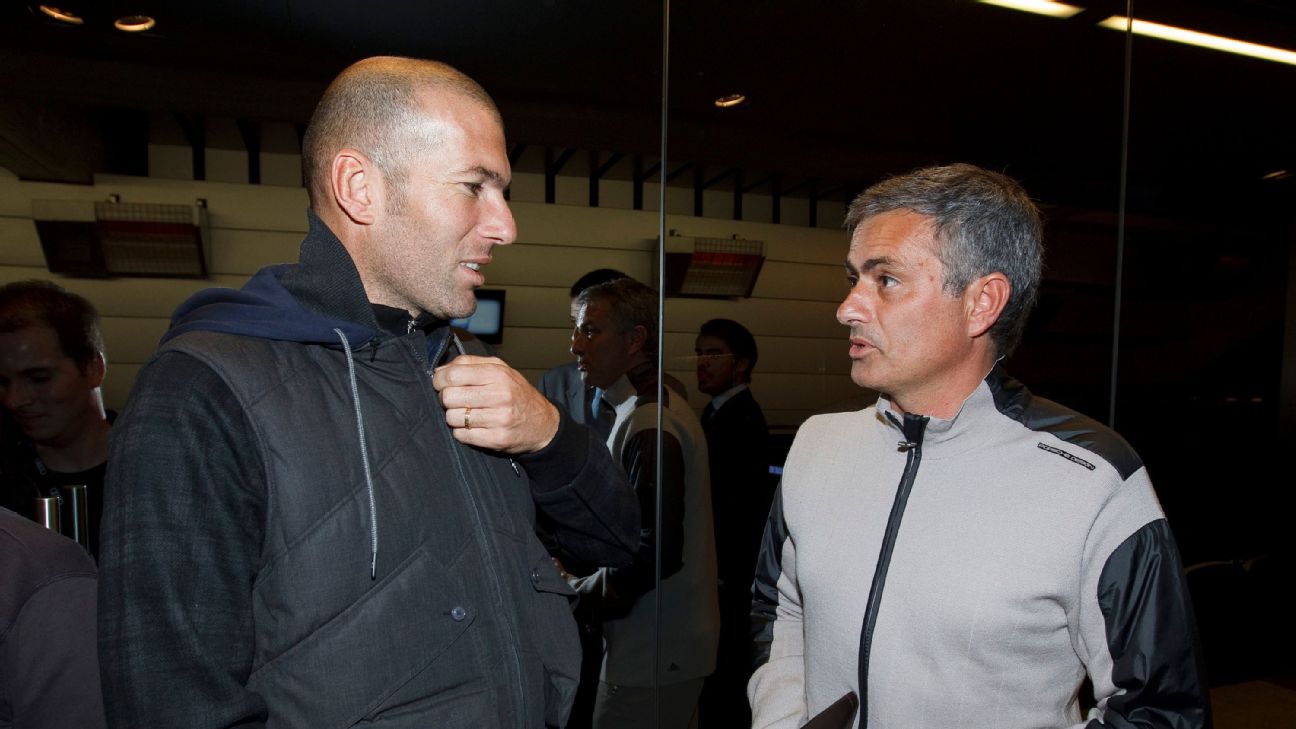 Real Madrid head coach Zinedine Zidane has said he is not bothered by rumours linking Jose Mourinho with his job.

Sources have told ESPN FC that the Frenchman is under pressure after Madrid suffered a disappointing defeat by Paris Saint-Germain in their Champions League opener.

Madrid were up against an under-strength PSG side on Wednesday missing Neymar, Edinson Cavani and Kylian Mbappe but produced a pitiful display, failing to register a shot on target in a Champions League game for the first time in 16 years.

“I’m not interested in what is said outside the club, the day I pay attention to what’s in the press is the day I leave,” Zidane told a news conference on Saturday ahead of Real’s visit to early La Liga leaders Sevilla on Sunday.

“I feel in a strong position and I never give up. I will keep trying until the last minute and as long as the club will give me the chance to continue. I don’t feel questioned at all.”

Spanish media have reported that Real president Florentino Perez would be keen to recruit former coach Mourinho should Zidane be relieved of his duties.

“I’m not bothered by the Mourinho speculation,” he added. “This is how the situation is, and whenever the team has a bad result the impression is that everything needs to change. It’s difficult but it’s the reality.”

Real have taken eight points from four La Liga games while Sevilla top the standings with 10 after making a flying start under coach Julen Lopegetui, who was named as Zidane’s successor at Real last year but was sacked in October.

Lopetegui, however, said he harboured no ill feelings towards Real and was treating Sunday’s game like any other.

“Three points are up for grabs tomorrow and that should be motivation enough for us even though we know what it means to face Real Madrid,” he said.

“I have a very good memory of every club I’ve been at and always try to remember the positive things. I try to be responsible and ambitious and tomorrow will be no exception.”

Real will be able to count on captain Sergio Ramos against Sevilla after he missed the PSG defeat due to suspension, although Marcelo is a doubt and Luka Modric is still injured.