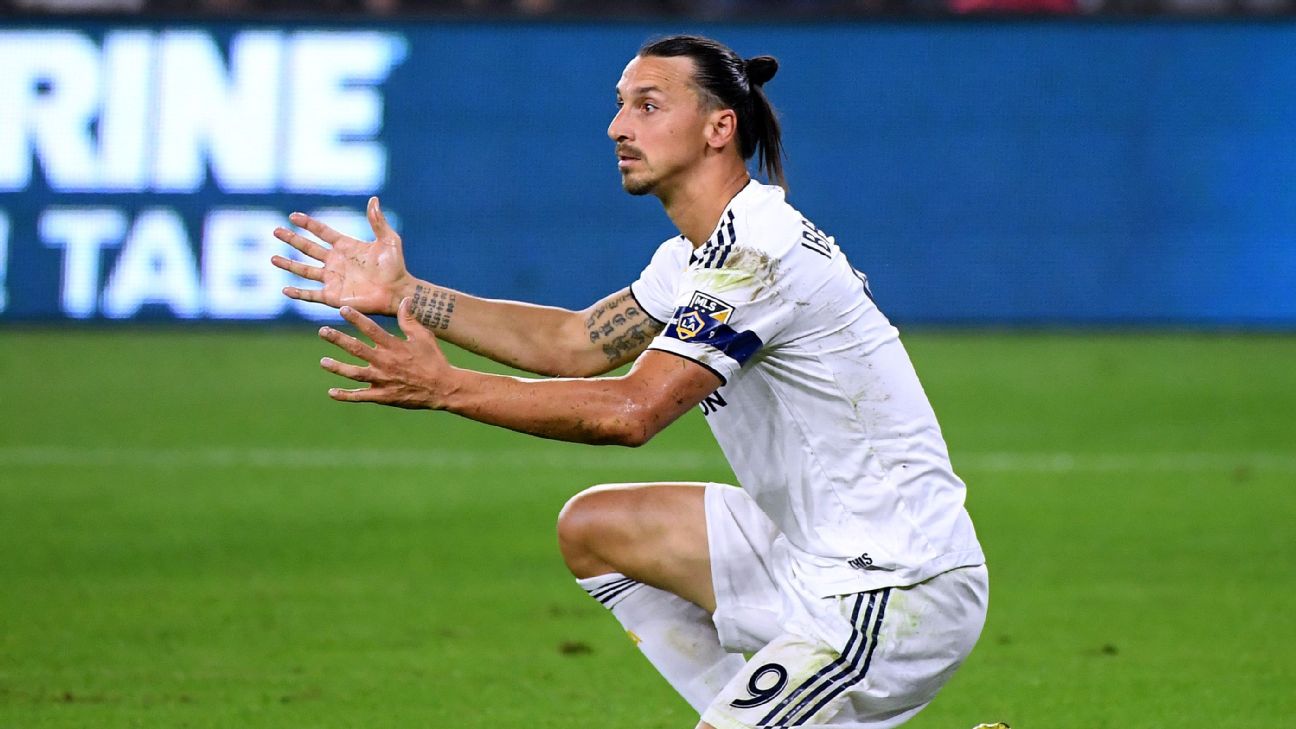 Zlatan Ibrahimovic aimed an indecent gesture at an LAFC fan on Thursday, grabbing his crotch after his LA Galaxy side suffered a 5-3 defeat to their rivals in the MLS Western Conference semifinals.

As Ibrahimovic left the pitch he seemed to take exception to the fan’s boasting, staring the supporter down while grabbing his own crotch.

– Stream replay of LAFC vs. LA Galaxy on ESPN+ (U.S.)
– Where Ibrahimovic ranks in MLS DP history
– MLS Playoffs: All you need to know

When asked about the gesture, Ibrahimovic said: “How many fans came? 30,000? They said something.

“I enjoy it. It gave me adrenaline. This is nothing.”

The former Sweden international also expressed frustration regarding Carlos Vela‘s second goal for LAFC, which came on a tap-in off a pass from Brian Rodriguez, with replays seeming to show Vela was offside in the build-up.

“The referee didn’t know that? What was he doing upstairs, drinking coffee with Magic Johnson?” Ibrahimovic said, referring to the the NBA legend and LAFC co-owner who participated in the club’s pregame ceremonies.

Ibrahimovic had a goal and an assist in the game but it wasn’t enough as LAFC advanced to the conference finals after winning the first postseason edition of the city rivalry.

He also said that he has not yet decided on his future, with his Galaxy contract effectively up now his team’s season is over.