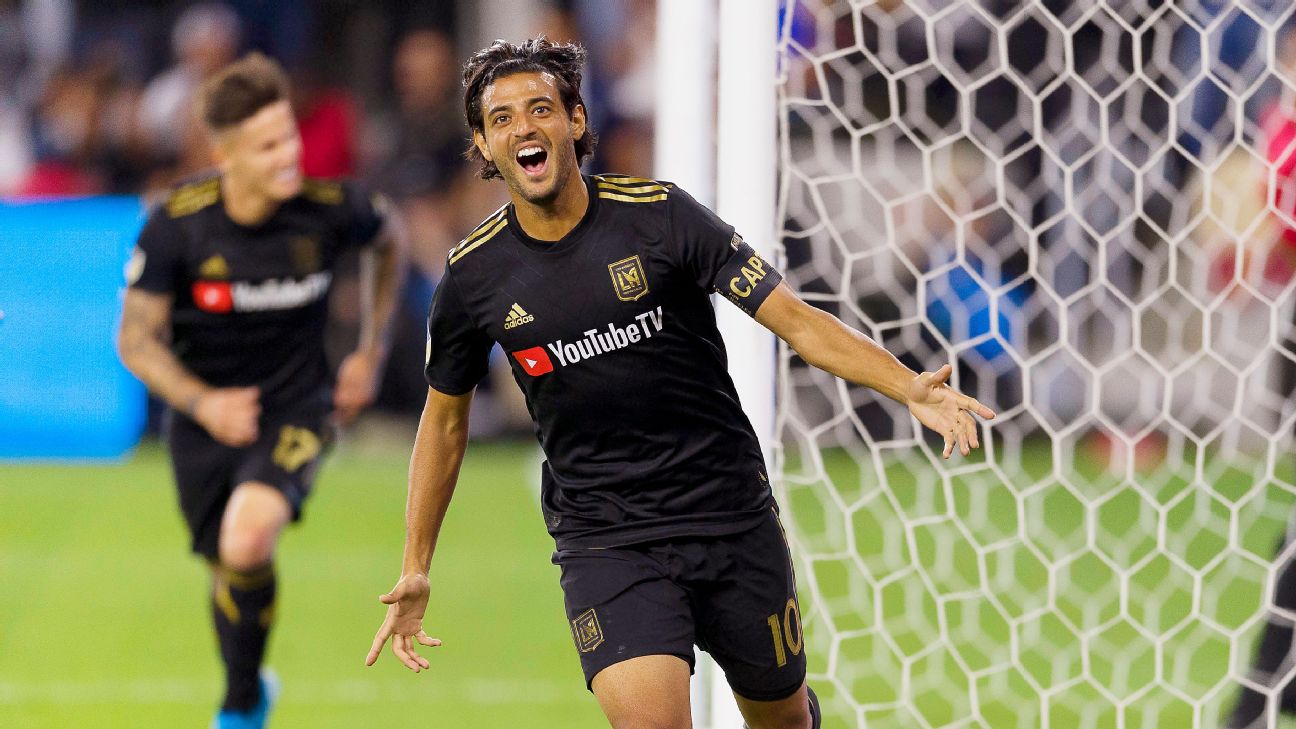 Take a gander through past winners of Major League Soccer’s MVP award and you will spy some of the league’s legends. There’s inaugural winner Carlos Valderrama to Preki to Robbie Keane to Sebastian Giovinco to David Villa and that Landon Donovan fellow, after whom the award is now named.

Yet the triumvirate comprising the finalists for this year’s edition might be the most star-studded ever. There’s last year’s winner, Josef Martinez of Atlanta United, as well as the LA Galaxy’s Zlatan Ibrahimovic, a man as lethal with his words as he is with his feet. Then there is this season’s record-breaker for goals, Carlos Vela of LAFC.

Vela is the presumptive winner given the campaign he’s had, but both Ibrahimovic and Martinez were stellar this season as well. Here’s the case, for and against, each of this year’s finalists.

Why he’ll win: Where to begin? Vela had the greatest statistical season for a forward in MLS history. His 34 regular season goals broke Martinez’s record of 31 from last year and his combined total of 49 goals and assists absolutely shattered Sebastian Giovinco’s mark of 38 from 2015.

Ultimately, Vela’s playmaking skills are what set him apart from his competition. His 94 chances created were more than double what either Ibrahimovic or Martinez produced. Granted, Vela’s responsibilities are more varied in LAFC’s setup, as opposed to the more central roles of Ibrahimovic and Martinez, but it also points to the magnitude of his contribution.

Vela wasn’t just toiling for some also-ran either, as LAFC won the Supporters’ Shield with a record 72 points and he was utterly consistent as the leader of that charge, scoring in 25 of the 34 regular season games. He also wasn’t getting fat at home, as 16 of his 34 goals came on the road.

The best player on the best team in a record-breaking season is the kind of recipe that usually results in the MVP award, and that should be the case this time as well.

Why he won’t: Any argument against Vela rises to Miss Manners levels of nitpicking. Yeah, his goal numbers were inflated by converting nine penalties and since the voting took place, LAFC has been bounced from the playoffs by the Seattle Sounders, reviving the argument that Vela doesn’t show up in the biggest games. But Vela’s season was so out of this world that it would be a travesty if he didn’t win.

Why he’ll win: If one feels so inclined, you can (try to) make the claim that while Vela is the Most Outstanding Player in 2019, Ibrahimovic is the Most Valuable. While LAFC was a runaway leader in the race for the Supporters’ Shield, the LA Galaxy had to huff and puff its way over the finish line. Without Ibrahimovic’s 30 regular season goals, the Galaxy and its sieve-like defense likely wouldn’t have made the postseason.

Ibrahimovic was also involved in more total game-winning goals (9) and game-winning assists (3) than Vela (six and five, respectively). Given that the Galaxy won 16 games compared to LAFC’s 21, it can be argued that Ibrahimovic had a greater impact on his team.

Why he won’t: Yes, that’s trying way too hard in the face of the Vela Train. And an argument can be made that a Zlatan-less Galaxy would have been tactically more flexible and had more balance. The reality is that while the Lion feasted in 2019, Vela was this year’s King of the Jungle.

Why he’ll win: In some respects, Martinez’s 27-goal haul in 2019 was more impressive than his record-breaking 31 in 2018. Last year, Atlanta United was a well-oiled machine under manager Tata Martino. With a new head coach this year in Frank de Boer, the Five Stripes took a while to get going and yet Martinez still was spectacular, scoring in a record 15 consecutive league appearances. In the six league games that Martinez missed, Atlanta went 1-3-2 compared to Vela (1-1-1) and Ibrahimovic (2-3-0). The difference between goals and expected goals was a better in 2019 (3.08) than in 2018 (-0.55), pointing to a greater sharpness in front of goal.

Why he won’t: Martinez had an impressive season, one that was a fitting follow-up to last year’s MVP campaign. In fact, it would have been award-worthy in just about any other campaign besides the last two. But in the context of 2019, like Ibrahimovic, Martinez’s performances suffer by comparison to Vela. There is simply no denying the virtuosity with which the one-time Arsenal man played this season.